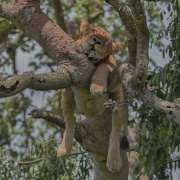 Queen Elizabeth national park was gazzetted in 1952. The park has five levels of vegetation, which include; the forest grassland, lakeshore, bushy grassland, swamp vegetation and acacia. The park has over 600 bird species and over 90 species of mammals. Examples of mammals in the park include, the elephants, leopards, cape buffalo, lions, hyena, warthogs, Uganda kob, giant forest hog and the waterbucks. The park has 5 regions each offering something unique from the other. These are; the Ishasha region, rift valley escarpment, north east escarpment, Mweya peninsula and the kyambura Gorge. The sky at queen Elizabeth national park seems to be much closer and the park’s altitude is higher than that in Kampala city. The park was named in honor of the coronation of Queen Elizabeth of England.

What to do in Queen Elizabeth national park

Queen Elizabeth national park is one of the parks in Uganda that will fulfill your wanderlust, due to a lot of animals you will see in the wild when you visit. The park has over 90 species of mammals, reptiles, over 600 bird species and a lot of insect species. The park has over 3000 hippos, over 4000 elephants and over 2000 buffalos. 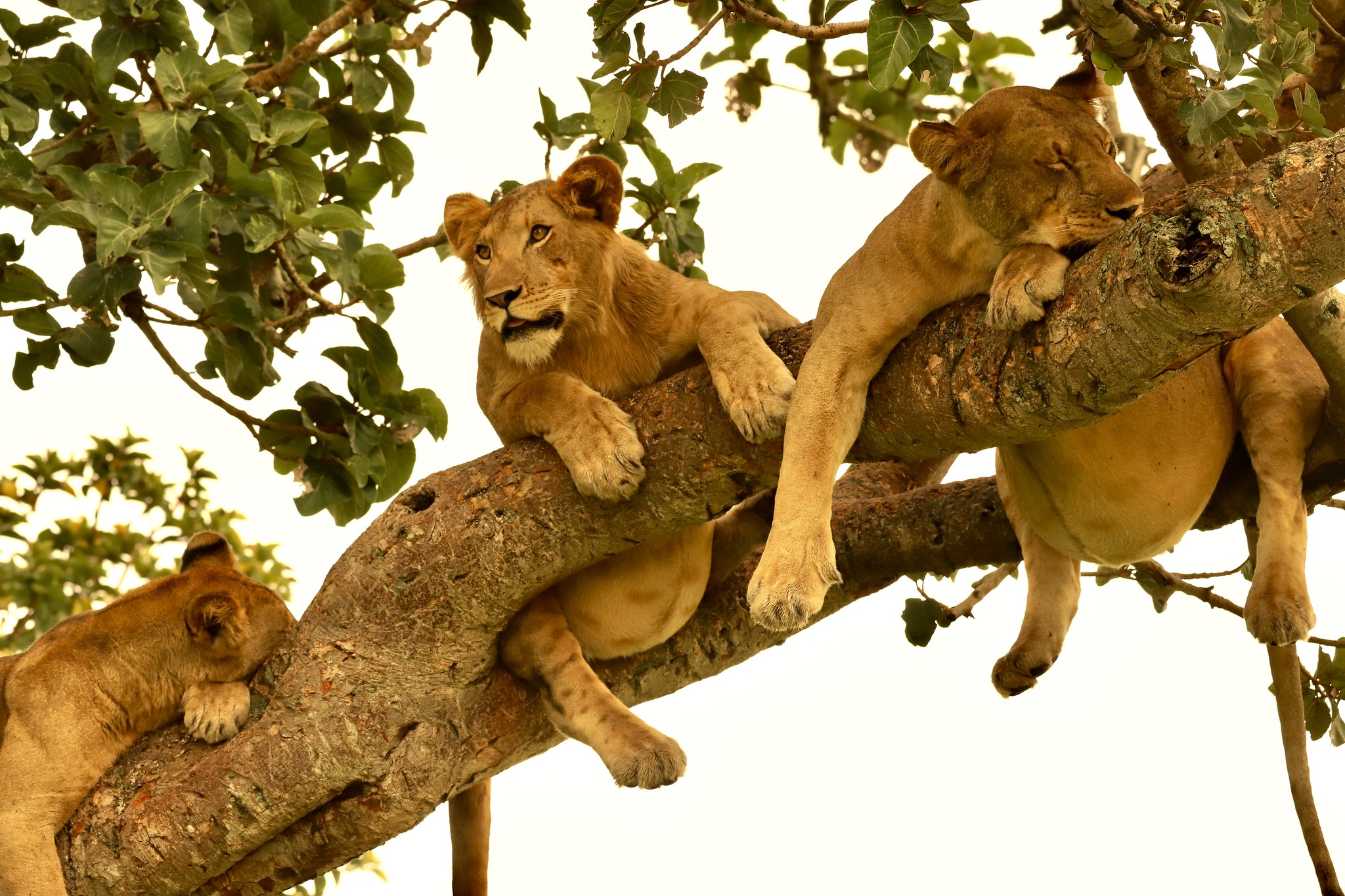 Queen Elizabeth national park has the unique tree climbing lions, these are viewed in the Ishasha sector which is found in the south side of the park. These lions climb trees in order to spot for prey mostly the kobs that are always down grazing, to run away from tsetse flies that disturb them and sometimes to cool down when temperatures are hot on the ground, they later take a nap or eventually sleep while in the branches. It is advised to be cautious when you stand or seat under tree shades while in the park at the Ishasha side. There are higher chances of you spotting the big five and the big cats. 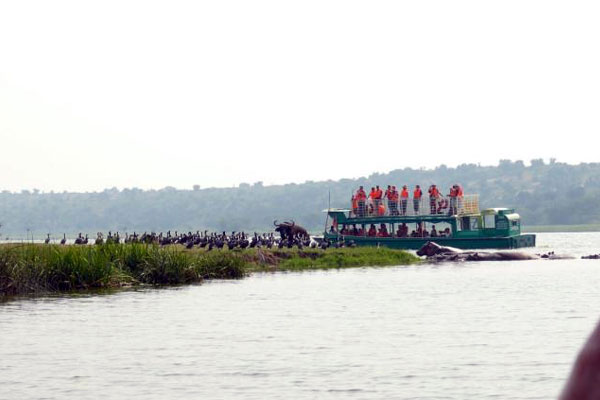 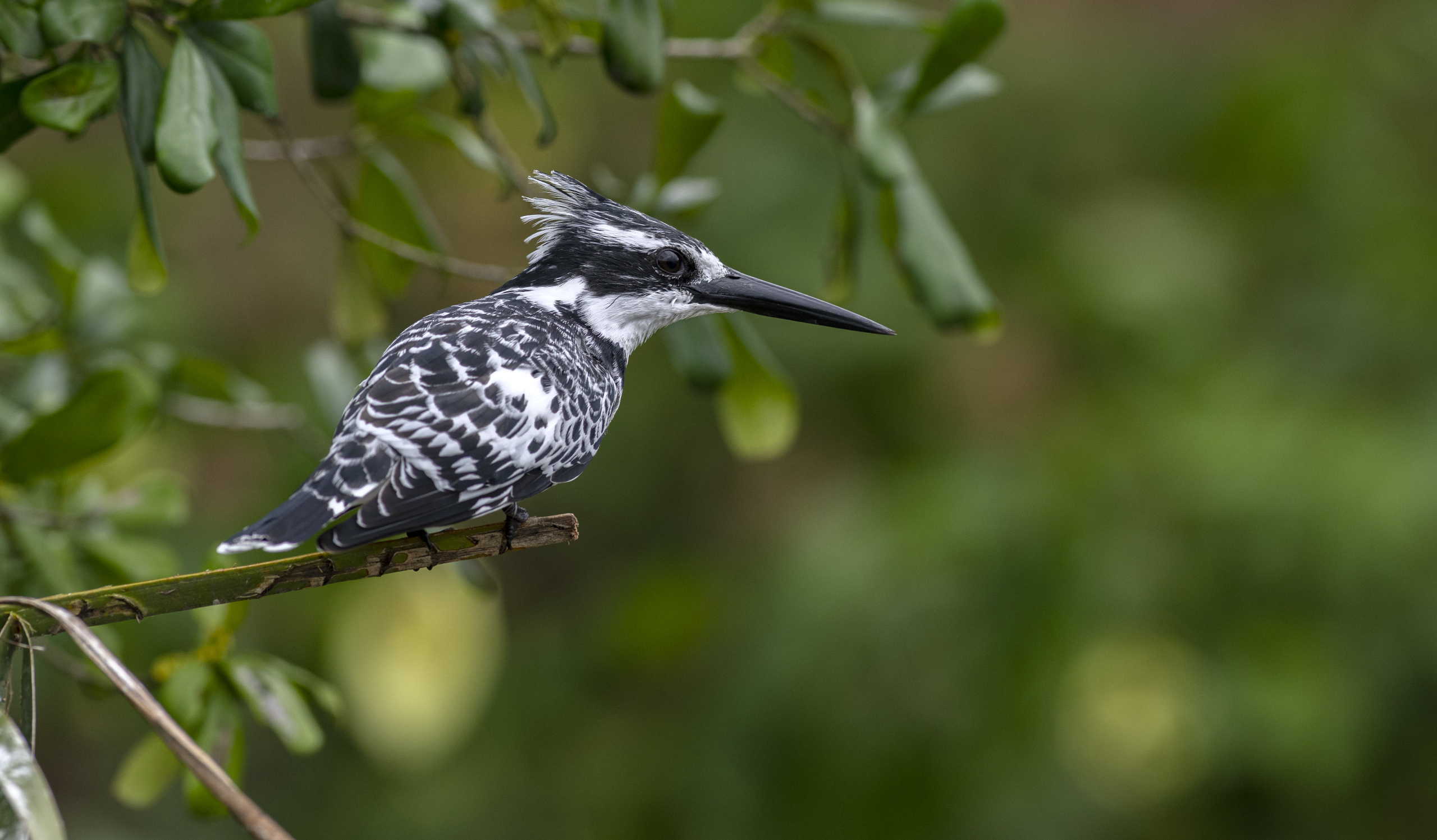 This village will show you how they co-exist with wildlife in the park. You can visit to replicas of traditional huts of Basongora, banyabindi and bakonzo and their library.

The park can be visited all year round but the best time to visit is during the dry seasons of January to February and June to July. This is when the park is dry and the vegetation is thin, animals are moving up and down in search for water, many are seen on water sources quenching their thirsty. Also, chimpanzee trekking sites like the kyambura gorge and kalinzu forest are dry in this period which makes chimpanzee trekking easier.

What to pack and wear.

A tour to Queen Elizabeth national park will reward you with great memories that will stay with you forever, to capture these moments, don’t forget to come with a camera, enough storage and good lenses, comfortable safari clothes not brightly colored, bright colors scare away animals, pack long sleeved shirts to protect your skin from being scratched by tree branches or thorns, don’t forget your scarfs and trousers. Protecting your skin from sun the is more important, don’t forget your sunscreen, a cap or a hat and sun glasses. Come along with durable water proof boots that are sturdy enough to support you on slippery trails. If you are coming for bird watching, don’t forget to come with a pair of binoculars and a birder’s guide book and a chimpanzee trekking permit if you are coming for chimpanzee trekking. The permit can be got straight from Uganda wildlife Authority offices or through ENGAGI SAFARIS.