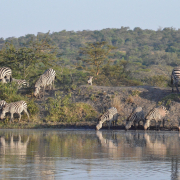 Lake Mburo National Park is one of the smallest and one of the best national parks in Uganda, the park being small gives you an opportunity to see wild animals easy without travelling long distances. It is endowed with a lot of zebras, the impala, leopard, Rothchild giraffes and other animals with an exception of the elephants and the lions. Its lack of lions is an assurance that you can get closer to other animals with no fear of being attacked by a lion. The park is not so far from Uganda’s capital city approximately 240 km from Kampala, and approximately 280 km if you are coming from Entebbe where Uganda’s international airport is found, it takes only 3-4 hours to reach the park, this makes it easy for a tourist who has little time in Uganda to go and have a look at the beautiful animals lake Mburo harbors, you can have a stop-over at the Equator where the earth divides its self from, into northern and southern hemispheres in Kayabwe, take photos and then proceed to your destination. This is where you can spread your hands or arms in the south and the northern hemisphere at the same time

The park is located in Mbarara district in Ankole sub region, neighboring districts of Lyantonde, Isingiro and Kiruhura. It is near the famous Igongo cultural centre which has a museum for the Ankole people, which is only 4km from the Sango gate of lake Mburo national park.

There are a lot of fun and rewarding activities you can do while in the park these include;

This is one of the most sought-after activities in the park, the boat ride is so refreshing and relaxing you feel and hear the silent voices of nature, the birds flying up in the skies, the sweet sounds of the flora and fauna as wind passes through them, you are welcomed by hippos while on the boat, hippos are seen sunbathing in the waters of the lake, other animals you can see while on a boat cruise include crocodiles. It’s time you pull out your cameras and capture the great moments. Safety is a number one priority; you will be given life jackets and an experienced boat rider. Boat cruise at lake Mburo park is not carried out during rainy season, this is a period when winds are strong and water waves can’t be controlled, it is advised you come in dry seasons.

Fishing at lake Mburo national park is conducted around Mazinga area, though the park has 5 other lakes. You must be having a fishing permit, you can get it directly from Uganda Wildlife Authority, your tour operator can get it for you or you buy it from the park headquarters. There are six species of fish spotted at Mazinga area, tilapia being the most caught fish species, others include the haplochromine, the lung fish and mud fish. You are advised not to go beyond the fishing grounds. You will be joined by the locals who will teach you their traditional tactics of fishing. It’s really a wonderful moment. You can take the fish you have caught to your respective lodge and have it prepared for dinner for you. Those who want fishing safari should have fishing equipment and gears, you can come with your own gears or get from your tour operator, some lodges can get them for you. A fishing guide is a must for you to go with him or her to guide you on the dangerous zones in the lake.

The park is famous for the impala and zebras, other animals to see on a game drive at lake Mburo national park include the oribi, reed back, hyena, eland, deffassa water back, buffalo, leopard and so many other animals. Game drives are conducted both day and night, night game drives start at around 6pm to 7pm, the trip goes for about two to three hours. While on night game drives, you can see the nocturnal animals like the hyenas and others. The park has different game drive trails all giving you the same satisfaction.

The best time for a game drive is in dry seasons of June to September and December to February while animals are concentrated on lakes.

The trips are conducted early in the morning and evening hours.

Lake Mburo national park is located in the Ankole region, the park is a neighborhood to the people locally referred to as the Bahima, they are cattle keepers and cultivators. Visiting the Bahima is one of the greatest cultural experiences you will have while in the park, they will teach you how they graze their famous curved Ankole cow, how to milk and how to make ghee and yoghurt sometimes referred to as Bongo. They have interesting dance moves which are showcased during traditional performances, and interesting historical stories. 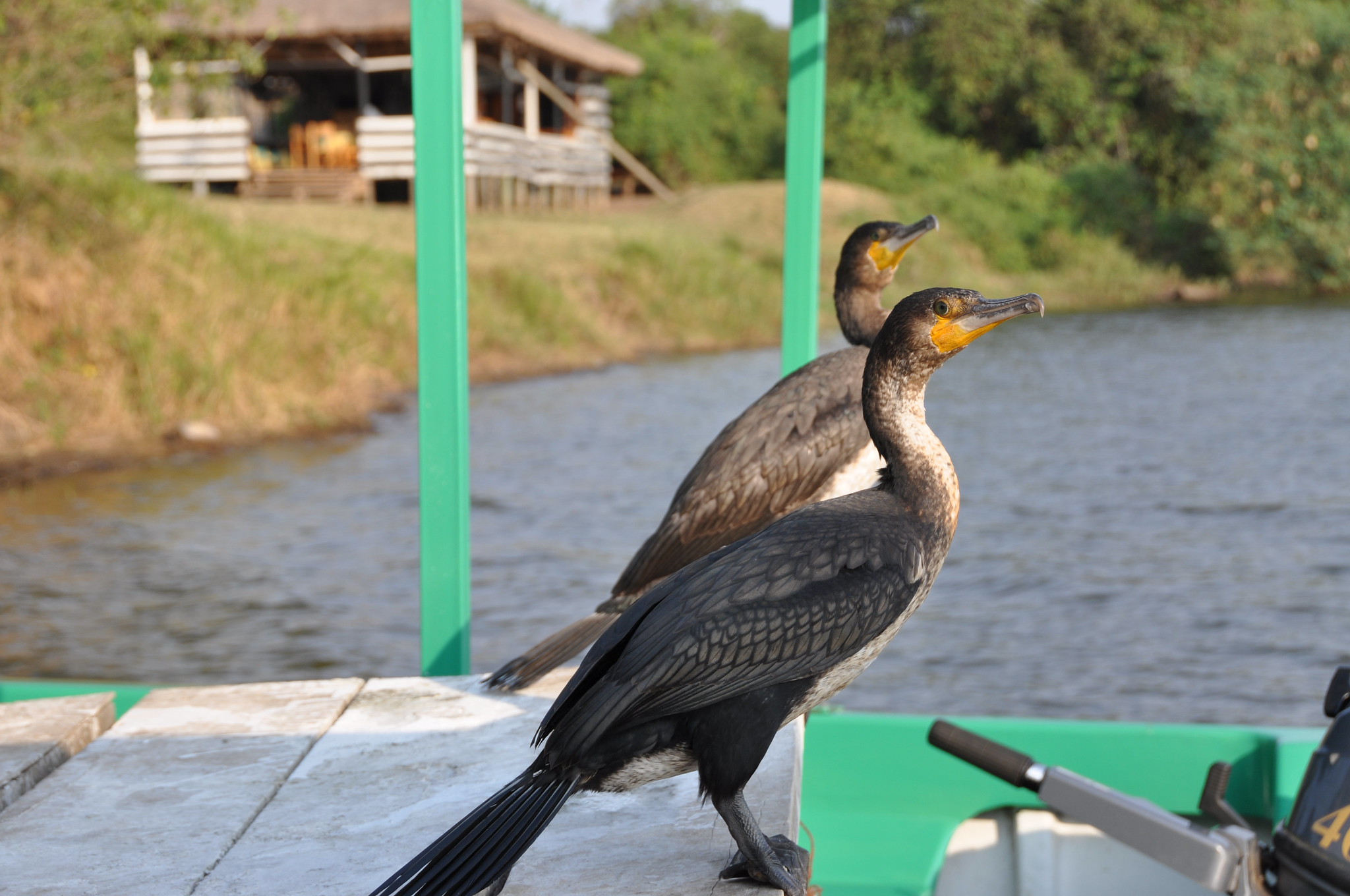 Lake Mburo national park is one of the smallest parks in Uganda and the nearest park from Kampala city. Birding spots in lake Mburo national park are Warukiri and Rwonyo. Lake Mburo national park harbors over 300 bird species, for example the African finfoot, shoebill, African fish eagle, kingfishers, malachite, crested francolin, spotted wood dove, common quails, red necked spurfowl, black-billed barbet and so much more. The park has many forests which harbor bird nest, making it easier for you to see them up and close, birds can also be seen while on a boat cruise.

Some of Uganda’s birds are small and fly high, having binoculars will help you zoom in and observe their features in a good angle.

Horse riding is an activity that lets you come closer to the life in the wild. This activity takes about 4 hours and more. Lake Mburo national park is the only park in Uganda that offers horse riding safaris. Horses are ridden with English style saddles because of the park’s landscape. The activity is operated by Mihingo lodge, the lodge offers you with safety equipments; like the helmet, the riding chaps and others, although they are provided it is advised you wear strong comfortable shoes. The activity is done around the Warukiri hills.

This cultural site is located on Mbarara masaka high way just 4 km from lake Mburo national park. It was opened up with an aim of promoting and preserving the culture and heritage of the Ankole people. When you visit Igongo cultural center, you will be amazed with the traditional and culturally constructed museum with art facts and crafts of the Ankole people. Apart from that, you will be guided to their mini cultural village called the Eitaramiro, you will see the Ankole people sculptures showing how they used to live their lives, these sculptures take you back and feel like you existed that time, guides are readily available to tell you historical stories. You can also decide to eat their traditional food like the karo [millet bread], their ghee and have a sip on their local bear.

Igongo cultural centre has a hotel that offers accommodation and restaurant

What to pack when coming to lake Mburo national park

A tour to lake Mburo national park national park will reward you with great memories that will stay with you forever, to capture these moments, don’t forget to come with a camera, enough storage and good lenses, comfortable safari clothes not brightly colored, bright colors scare away animals, pack long sleeved shirts to protect you skin from being scratched by tree branches or thorns, don’t forget your scarfs and trousers. Protecting your skin from sun the is more important, don’t forget your sunscreen, a cap or a hat and sun glasses. Come along with durable water proof boats that are sturdy enough to support you on slippery trails. If you are coming for bird watching, don’t forget to come with a pair of binoculars and a birder’s book.

Get ready for adventurous tour packages tailored for you by ENGAGI SAFARIS.

Where to stay while in lake Mburo national park

The park has a wide range of accommodations, ranging from luxury, mid-range and budget.

The park can be reached to by road transport means or by Air.

By road, it is about 3-4 hours using Kampala masaka road, you can use local transport means like the bus or taxi or a 4×4 wheel car rented from car rental companies or your tour operator.

By air you can book a chartered flight from Aero link kajjansi or Entebbe to Mbarara airstrip, this journey takes approximately 30 minutes.