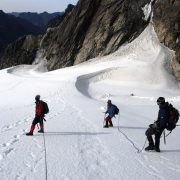 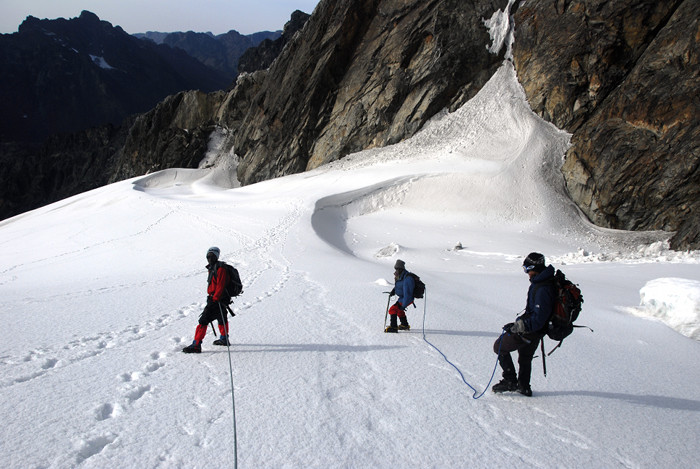 Rwenzori Mountains national park is located in south western Uganda, kasese district near the Democratic Republic of Congo boarder, approximately 300km from Kampala city if you pass via Mubende Fort portal route, and approximately 360km if you use Masaka-Mbarara busenyi then to kasese route. The park was declared a UNESCO heritage site in 1994, it is also referred to as the mountains of the moon.

These lie approximately between 4000-5000 meters. The peak become rocky in dry seasons and are covered with ice in rainy seasons. 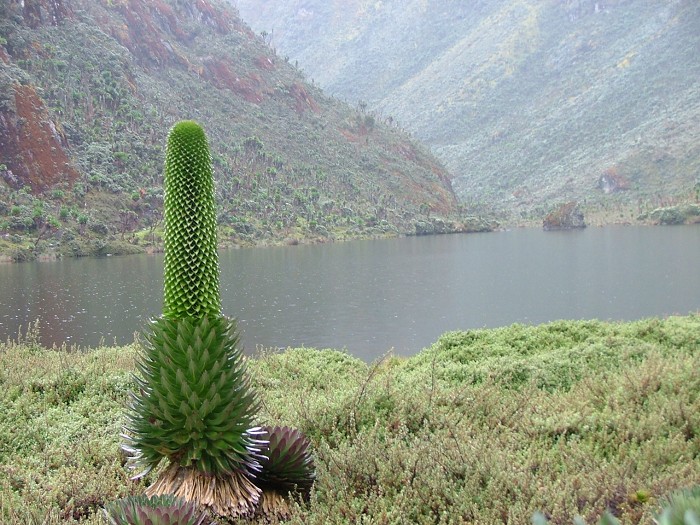 This zone has a swampy vegetation. It is characterized by giant groundsels, the lobelia Wollaston, the torch lobelia and thick tangled helichrysum stuhlumani.

This approximately between 3000-4000 meters. It has a heather forest which grows only on poor soils, rocky places and ridge tops.

This is characterized by thick bamboo leaves that cover the ground. The zone is approximately between 2500-3000 meters. Plants in this zone include; tree ferns, crimson flowers, Rwenzori black berry among others. The zone has good soils.

This lies approximately 2500 above the see level. Trees in this forest include; balsams, begonia, the wild banana, tree ferns, yellow wood tree, read stink wood among others.

This is of the most sought of activity by tourists who visit the park. Mountain climbing activity is a very physical activity which requires you to be physically fit, no heart diseases and hypertensions. Guides will let you choose the trail you would like use; each trail or route will reward you with a great climbing experience. While climbing, you get an opportunity to see the different mountain ranges, the glacier lakes, the water falls, the hot springs, rare flora and fauna and other interest wild life.

You can choose to use the central circuit trail which is the most popular trail. The trail offers the spectacular circular tour as you climb up to the peak. The trail starts from Mihunga which will take you to Bujuku valley then trek up to the peak. The central circuit trail will take you to the rocky Mount Stanley, through the Bigo bog which has walk boards aimed at easing your walk.

Kilembe trail or route. This trail is near kasese town and starts from the southern slopes of the mountain. It was opened up in 2009 as an alternative to other trails. This trail will lead you to the long route called Nyamwanda valley where you see the beautiful glacier lakes. It’s at this route or trail that you can climb up to mountain Baker. The trail has views of the stunning valleys.

You can book this activity through the Rwenzori Mountaineering services or through your tour operator. ENGAGI SAFARIS will help you book your mountain climbing activity.

What to carry for mountain climbing activity?

Carry your rain jacket with a hood to keep you warm, this is because Rwenzori mountains gets cold the upper you go.

You will need gloves most especially when hiking through the glaciers to protect your palms from coldness caused by the ice. You will also need to warm your palms during cold nights.

Don’t forget to pack some snacks to help you fill up your stomach when you it feels empty. However, the pack will offer you with snack, but you may not like them, so packing yours will help.

A head lamp is a must have item when preparing yourself for mountain climbing. There is no electricity in the huts up in the mountains, its better you come with a head-lamps with a good battery.

What to carry while on a birding tour in Uganda

Most of Uganda’s birds are small and fly high, having binoculars will help you zoom in and observe their features in a good angle.

Don’t forget your personal toiletries like bathing soap, toothbrush, lotions, creams and toothpaste. You can as well buy these while in Uganda, your tour operator can help you purchase them from the supermarkets or local shops.

Rwenzori mountains national park has the most beautiful sceneries you will ever see. The walks and hikes are guided by a professional tour guide who will take you to the best spots where you will see lakes like Muhooma, you will hike to the Buraro chimp forest, communities of kichambe to karangura ridge, communities of Ruboni. You can hike up to river Mubuku where you will see the great views of mountain Baker. While hiking you will see the three horned chameleon, squirrels, vervet monkeys among other creatures that the park harbors.

Apart from wildlife and climbing the mountains, Rwenzori mountains is also home to the Bakonzo people who in the past years used to live in the park, they we shifted by the government and now stay near the park. Engagi safaris is your travel partner who will take you to the Bakonzo community, they will show you their cultural dances, teach you how they prepare their local dishes, you will learn how to weave basket and will take you to the back smith.

What to pack on your tour to Rwenzori mountains national park

A tour to Rwenzori mountains national park will reward you with great memories that will stay with you forever, to capture these moments, don’t forget to come with a camera, enough storage and good lenses, comfortable safari clothes not brightly colored, bright colors scare away animals, pack long sleeved shirts to protect your skin from being scratched by tree branches or thorns, don’t forget your scarfs and trousers. Protecting your skin from sun the is more important, don’t forget your sunscreen, a cap or a hat and sun glasses. Come along with durable water proof boots that are sturdy enough to support you on slippery trails. If you are coming for bird watching, don’t forget to come with a pair of binoculars and a birder’s guide book and if you are coming for mountain climbing, don’t forget to book with ENGAGI SAFARIS

The park can be visited all year round however the best time to visit is during dry seasons from June to October and from December to February.

What is the best time climb Rwenzori Mountains?

It is better to climb the mountain in July, August and September. Mountain climbing has both low seasons and high seasons, each season has its own advantages.

The high seasons. This is when its dry, expect no rain throughout your journey. The views are clear in this season. Climbers are many which is a good advantage if you want to socialize and make more friends. The journey is always fun when you are many.

Climbing in the low seasons. There are few climbers in this season, you can even stay at the campsites alone or with only your group. It’s a rainy season however rain mostly come in the afternoon, you have the morning hours to hike. In this period tour operators offer discounts.

Where to stay while in Rwenzori mountains national park.

The park has a wide range of accommodation facilities. They range from luxury, mid-range to budget accommodations.