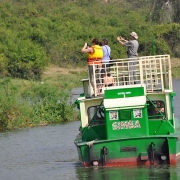 Uganda the pearl of Africa is known gifted distinctive number of animals ranging from the big to small mammals which can be seen in her national parks. The game drive is an interesting activity which you should not miss while on a safari in Uganda. It gives you a glance at the beautiful scenery a chance to see a variety of animals and birds. The game drives are conducted in 3 sessions morning, evening and night game drive; each of these has something unique to offer and an exclusive experience while in the wild. 4X4 wheel drive vehicles with a pop-up roof are used while on a game drive. This gives you a clear view of the wildlife and the best feel of nature. The game drive is a guided activity, you will be in the company of a knowledgeable and professional safari guide to take you through the wild. His/her role is specifically to search for the animals and explain about their habits. 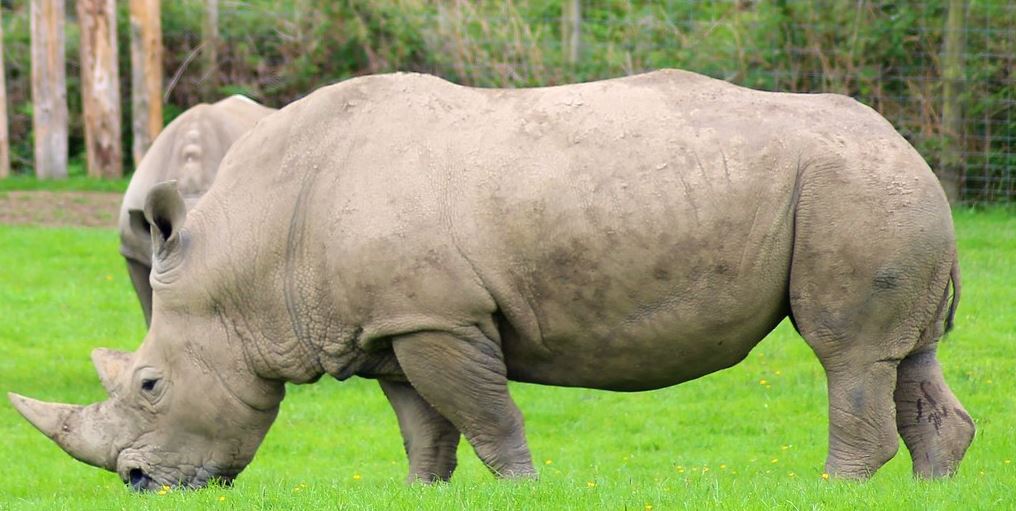 Although Uganda is famous for gorillas, combine your gorilla safaris with game drives in one of the parks/reserves mentioned below and get a spectacular unforgettable experience.

QUEEN ELIZABETH NATIONAL PARK
Located in southwestern Uganda with the highest concentration of animals and most visited parks. The park records 96 animal species this has made the game drive a leading activity in this park. The Kasenyi plains are famous for lion tracking, North Kazinga Plains and the Ishasha Sector famous for the tree-climbing lions as they hover on the dry wood trees. Some of the guaranteed buffalo, antelopes and elephant, warthogs, monkeys and baboons. Not forgetting the beautiful birds which can be spotted in the savannah plains of the park some of them include; Martial Eagle, Black-rumped Buttonquail, African Skimmer, Chapin’s Flycatcher, Pink-backed Pelican, African Broadbill, Verreaux’s Eagle Owl, Black Bee-eater, White-tailed Lark, White-winged Warbler, Papyrus Gonolek, Papyrus Canary, Corncrake, Lesser and Greater Flamingo.

This is Uganda’s biggest national park located in northwestern Uganda. It is famous for the world’s strongest falls the Murchison Falls along the river Nile. The Park is also home to over 70 mammal species, game drives are no a miss once you visit. They are carried out on the designated trucks through the park. The delta truck where there are great chances of seeing the Lions as they wait for their prey go-to drink on the river. Plenty of animals can also be seen in the Buliji peninsula savannah plains such as Rothschild’s giraffe, Uganda kob, Cape buffalo, warthogs, waterbucks, elephants, and hartebeest. Large carnivores include; leopard, lions and spotted hyena just to mention but a few. The southern sector also known as the heart of Murchison is one of the new game drive areas where you can spot giraffes that were transferred there and the Uganda Kobs which are attracting lions in this sector. The civets, genets, porcupines, bushbabies, and nightjars can be seen during a night game drive. A variety of birds are also spotted during the game drives.

KIDEPO VALLEY NATIONAL PARK
It is situated in the north-eastern part of Uganda in the Karamoja semi-arid region. 80 animal species are recorded in the park which makes game drives one of the top activities. With a unique Burchell’s zebra which can only be seen in Kidepo and Lake Mburo National park. Other animals include buffaloes, elephants, leopard, lion, Rothschild giraffe, and eland just to mention but a few. The activity is mostly done in the Narus Valley which has the highest concentration of animals and birds. This is so because the valley has the park’s only permanent water points throughout the year.

LAKE MBURO NATIONAL PARK
Perched in western Uganda, the nearest park to the city center. It is also one of Uganda’s smallest national park. The park is home to a diversity of animal species with a unique antelope known as eland. The grid of game tracks in the eastern part of Lake Mburo National Park goes through acacia woodland, wetlands, grassy hillsides, rock outcrops, and seasonally flooded valley surfaces. The animals include buffaloes, zebras, leopard, Burch ell’s zebra and various species of antelopes. Bush baby’s, pottos and perhaps even a leopard during the night game drive. Birds are also seen while on a game drive and boat cruise along Lake Mburo.

Located in western Uganda in Bwamba county, Bundibugyo district. The park has beautiful sceneries and a number of animal plus bird species. The game drives are done in the savannah grassland of the park. Smaller forest and larger savannah elephant’s buffalo, waterbuck, crocodile, warthog and Uganda kob are regularly seen. Pygmy hippopotami, leopards, and elusive bushbabies are spotted by chance. Not forgetting the beautiful birds which grace the park can also be seen. The night game drives give the visitors an opportunity to see the curious nocturnal species such as the white-tailed mongoose.

Located in northeastern Uganda on an en-route to Kidepo Valley National park. It is the biggest reserve in Uganda with extinct unique animals like roan antelope. It is home to a number of different animals like; cheetahs, the zebras, greater kudu, dik-dik, buffalos, black-backed and side stripped jackals, baboons, velvet monkey, patas monkey, and hartebeest. Giraffes have also been re-introduced in the reserve. The game drives are carried out in the dry savannah plains, you will also see birds like an ostrich which is only found in Kidepo and Pian Upe.

However, even during the rainy season game drives can be done since these parks are all-year-round destinations. Some tourists who prefer low budget tours and less congestion visit the parks. Accommodation facilities tend to give an attractive discount during the low season since few people travel during the rainy season months of March-May and October-November. During this time few people are seen in the parks those who make it enjoy a less congested adventure.