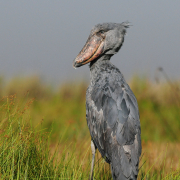 GUIDE TO BIRD WATCHING IN UGANDA.

Birding in Uganda is so diverse and is done in the most scenic destinations. Birds in Uganda can be spotted everywhere starting from the Entebbe international airport, Uganda has an impressive abundance, of birds some of which are typical Africans, endemic birds and others are migrant birds. Uganda is a birders haven having more than 1000 bird species spread throughout the whole country

While bird watching in Uganda, you will get a chance to encounter the Albertine rift endemics birds, the famous shoebill stock, the breasted pitta among other birds.

A birding safari in Uganda is more rewarding due to the availability of many bird species each with a different unique feature, attractive colors and so much more to discover while on a birding tour in Uganda. You also get a chance to see other tourist attractions Uganda offers.

Bird species you can find in Uganda include, but not limited to,

Some of the famous birding destinations in Uganda. 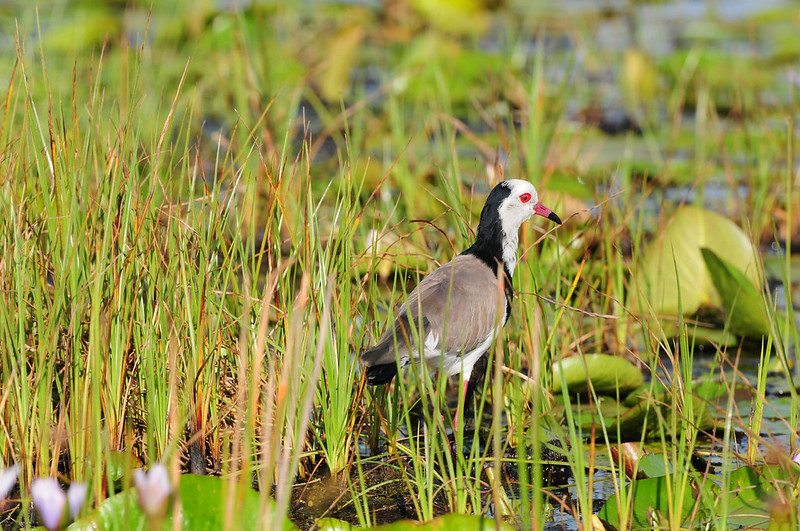 Mabamba birding sight famously known for the shoe bill, Uganda’s most sought-after bird by the tourists.

The wetland is located on the shores of Lake Victoria in Entebbe, famous for the shoe bill stork birds. The wetland provides the best environment and weather for the birds that live near water bodies.

Mabamba bay has over 300 bird species and hosts a flock of migrant birds every October to March.

Apart from birds, the mabamba wetland has a lot of fish species like the Rung fish which is loved by the shoebill. The best time to go birding in mabamba island is 7am in the morning.

While birding at Mabamba bay wetland, you follow a trail from mabamba landing site. Upon reaching the site, you are welcomed by a number of birds even before reaching the wetland, this is because the wetland is surrounded by a lot of trees which harbor bird nests.

You board a canoe and sail on the wetlands as you sight a lot of birds which include the Rufous napped lark, sooty chat, scrub robins and a lot more birds.

The park is located in western Uganda and is home to more than 217 bird species. This rewards you with a better experience while on your birding tour.

The best time for bird watching in Semuliki national park

It’s better you do bird watching in dry seasons when there is less or no rainfall, during the month of May to September. You can also watch migrant birds in the months of November to April

Budongo forest is an eco-tourism site in Uganda located in Murchison falls national park having more than 300 bird species. Budongo forest harbors the unique Guinea Congo bird, the yellow footed flycatcher and Pavel’s illadoposis which cannot be seen anywhere in East Africa. The best place to watch birds in budongo forest is Busingori in Kaniyo pabidi area which hosts the migrant birds which come in November to April.

The forest is also known as the haven for birders in Uganda due to a large number of birds it harbors.

The best time for birding in budongo forest is February to April and June to September, you can also find the migratory birds in November to April.

Birds can be watched throughout the year, however the best time to watch them is between the month of January to march and December to February

Birding in Mgahinga national park follows Gorge trail through Gahinga and Sabinyo, on the trail, you can see birds like the dusky turtle dove, the cape robin-chat, the brown-crowned tchagra and more birds. Other birds can be spotted in bamboo belt, the commonly seen bird in this region is the Rwenzori Turaco.

Bwindi Impenetrable national park is one of the most popular birding sites in Uganda and East Africa at large. Bird watching in Bwindi is done along the main trails of bamboo zone, buhoma waterfall zone and mubwindi swamp trail found in Ruhija.

The best time for bird watching in Bwindi impenetrable national park include;

Bwindi national park is not only endowed with gorillas, it is also home for about 350 bird species, these include; black billed turaco, African green broadbill, chapin’s flycatcher, Fraser’s eagle, handsome francolin, collared apalis, white robin chat among others.

Echuya forest reserve is located in south western Uganda between lake Bunyonyi and Mgahinga national park close to the Rwandan border. The reserve has over 150 bird species some of which are endemic. Some of the birds in this reserve include grauer’s warble, dwarf honeyguide, red-throated Aletha, Archer’s robin chat, red faced woodland warbler, collars Apalis among others.

Musambwa island is located on Lake Victoria and near Uganda’s capital city Kampala, it is famously known as the home for snakes and reptiles, Musambwa island has the breeding colony of the Grey-headed gull. Apart from snakes and reptiles, the island has a wide range of bird species and these include; the great cormorant, little eaglets, the long-tailed cormorant, the grey headed gull and more birds.

Nabugabo bay is a shallow lake located in masaka district having over 100 bird species. You can find birds like the serinus koliensis which is a rare bird to see in other places in Uganda.

What to carry while on a birding tour in Uganda

Most of Uganda’s birds are small and fly high, having binoculars will help you zoom in and observe their features in a good angle.

Don’t forget your personal toiletries like bathing soap, toothbrush, lotions, creams and toothpaste. You can as well buy these while in Uganda, your tour operator can help you purchase them from the supermarkets = or local shops.