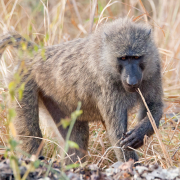 Kigezi wildlife reserve was established in 1952 situated on the western arm of the central African rift valley south of Queen Elizabeth National Park. The reserve is located in Rukungiri district covering an area of approximately 265 square kilometers, the reserve is largely covered with vast plains, forests and savanna woodland and open grassland. Kigezi is dotted with acacia and Albizia, deciduous forests and so much more flora. Kigezi wildlife reserve has a wide range of mammals which include; Lions, leopard, elephants, topi, oribi, bushbucks, waterbucks, giant forest hogs, hippos among others. The reserve acts as a barrier between the ishasha area of queen Elizabeth national park and Maramagambo forest

The reserve is known for harboring a large population of elephants which roam around the region, these come from the Rwindi plains in the democratic republic of Congo and from the south of queen Elizabeth national park. the elephants move mostly during rainy seasons.

How to reach Kigezi wildlife reserve.

The reserve is approximately 318 kilometers from Kampala city, Uganda’s capital. You can use masaka Mbarara road passing via Ntungamo and Rukungiri.

When to visit Kigezi wildlife reserve.

The reserve can be visited all year round but the best time to visit is during the dry seasons of June to September and December to February. But if you are interested in watching the hug group of elephants, its better you come in the rainy seasons of October to November and march to April.

Unfortunately, there are no accommodations inside the reserve currently. But there are plenty of accommodations in Rukungiri the nearby district. These include but not limited to, ishasha river lodge, rukungiri inn, savannah resort hotel and Ronda vales.

On top of Kigezi wildlife reserve, you can visit queen Elizabeth national park which has attractions like;

Queen Elizabeth national park is one of the parks in Uganda that will fulfill your wanderlust, due to a lot of animals you will see in the wild when you visit. The park has over 90 species of mammals, reptiles, over 600 bird species and a lot of insect species. The park has over 3000 hippos, over 4000 elephants and over 2000 buffalos. Queen Elizabeth national park has the unique tree climbing lions, these are viewed in the Ishasha sector which is found in the south side of the park. These lions climb trees in order to spot for prey mostly the kobs that are always down grazing, to run away from tsetse flies that disturb them and sometimes to cool down when temperatures are hot on the ground, they later take a nap or eventually sleep while in the branches. It is advised to be cautious when you stand or seat under tree shades while in the park at the Ishasha side. There are higher chances of you spotting the big five and the big cats.

This village will show you how they co-exist with wildlife in the park. You can visit to replicas of traditional huts of Basongora, banyabindi and bakonzo and their library.