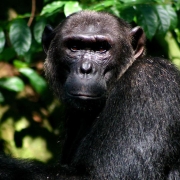 Kyambura Gorge is perched in the Eastern part of Queen Elizabeth National Park 30kms from the park’s Headquarters. Queen Elizabeth National Park is Uganda’s most visited park which is found in south western Uganda. The gorge has a beautiful eye catching relief and endowed with a number of wildlife such as primates, birds and other animals like huge forest hogs can also be seen from time to time within this area. It is also known as the valley of apes, approximately 100m in depth and 1 km in length and watered by River Kyambura which keeps the forest ever green throughout the year hence plenty of food for the wildlife.  The gorge derives its name from this River, it is said that the local people named the river after it flooded and most of their belongings were taken by the water. When the floods dried, they searched but couldn’t find them, then they named it River Kyambura meaning it has got lost. A number of tourists who visit Queen Elizabeth National Park usually visit the Kyambura gorge to have a glance at this natural scenic valley basically for chimpanzee trekking. This is the only place where you can find the Chimpanzees in Queen Elizabeth National Park: unfortunately, there are few chimpanzees left in this valley.

A glimpse into this natural wonder as you search for the chimpanzees, leaves you speechless, inside it has rich rain forest, just above it you find the savannah plains, as the sun rays pass through the tall canopy trees to give light. The birds shrieking, monkeys gibbering in the tree branches, and the chimpanzees granting. On encountering the Chimpanzees, you will observe their ways of life and behaviors and take some photos for remembrance.

ATTRACTIONS WITH IN KYAMBURA GORGE

Kyambura is the only area where one can track the habituated chimpanzees in Queen Elizabeth National Park. Besides the chimpanzees other primates include: red-tailed monkeys, black and white colobus monkeys, baboons and vervet monkeys. The tropical forest found in the valley has favored the survival of the primates which acts as habitat and food for them. 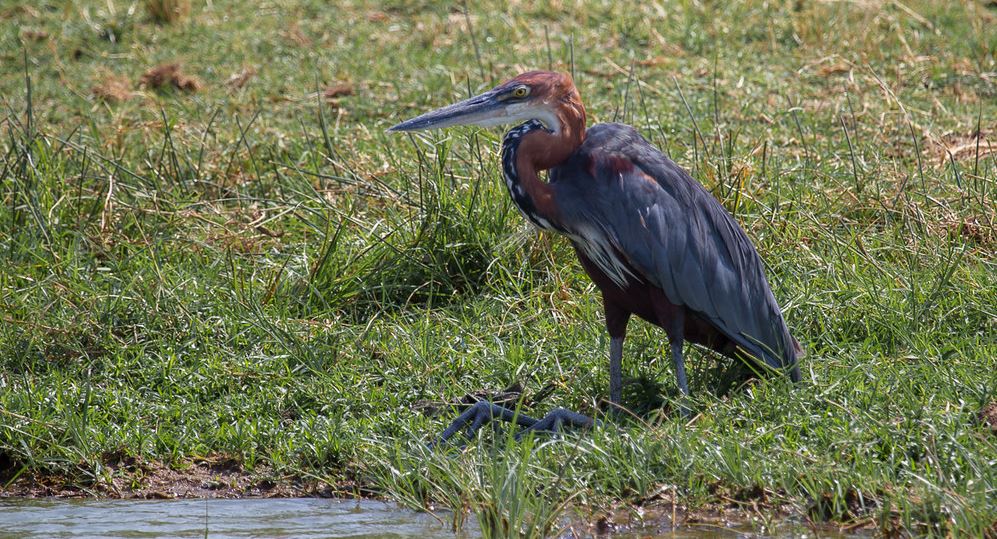 Tracking these endangered primates in Kyambura is an exciting activity done on foot. The Chimpanzees found in the gorge are habituated and it too about 2 years to familiarize these primates in the presence of humans. To carry out this activity, one needs to book a tracking permit through UWA, local tour operator (ENGAGI SAFARIS LTD) or directly on ground at Mweya information Centre in Queen Elizabeth National park at a cost of $50. It is done by person above the age of 15 years. It has 2 sessions: morning and afternoon, the morning sessions starts at 8 am in the morning with a briefing by the ranger guide at the visitor’s centre near the gorge and ends at around 10pm. Afternoon session starts at 2 and ends at 4pm depending on how far the chimpanzees are. While on the trek into the forest you can also see some birds, monkeys and baboons. On encountering the chimpanzees you will be allowed to spend one 1 hour with them watching their way of life as you take photos without flash light. There are a few chimpanzees left in the gorge, the chances of seeing them is a bit low.

Nature walk guided by any of the well trained and highly knowledgeable tour guides enables the visitor to get a beautiful picture of the gorge. While on the walk, you will actually be able to have a close experience of the remarkable. The gorge has a number of marked nature walk trails within this area which are allocated according to one’s fitness so that you don’t miss see some birds, primates, and tree species and the R. Kyambura. 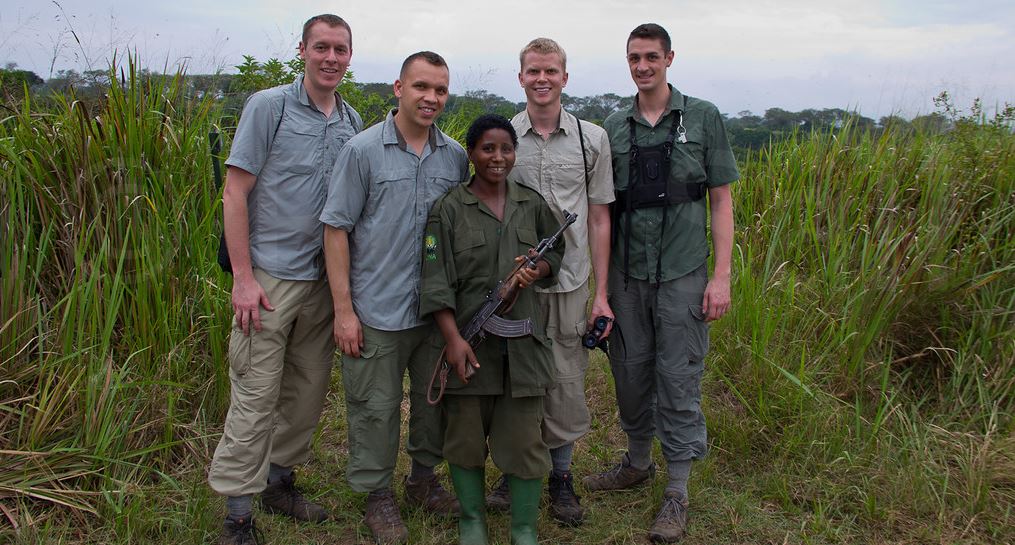 It can be accessed by road: from Kampala the capital city to Mbarara it is 420 kilometers, Kampala to Fort Portal it is 410 Kilometers approximately 6 hour’s drive. By air there are also Charter flights available from the Kajansi Airstrip in Entebbe to Mweya Airstrip in southwestern Uganda, travel time is 1 hour

No need to worry about accommodation once you plan to visit Kyambura Gorge, its location with Queen Elizabeth National park which has a number of accommodation facilities in which you can get comfort and delicious meals. They are divided into luxury, midrange and budget lodges. The common ones near the gorge include: Katara lodge, Kyambura Lodge, Jacana Safari Lodge and Kingfisher camp