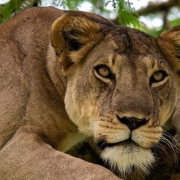 Lion tracking in Queen Elizabeth National Park is an experiential tourist activity done in Queen Elizabeth National Park which gives you an opportunity to getting a close glance at the lions in their natural habitat and also studies their behaviors. It is organized by the Uganda Carnivore project to promote Wildlife conservation and done in Kasenyi plains. They use radiation trackers to monitor the movement of the lions with the radio collars attached to their necks.

Although Uganda is mainly famous for gorilla trekking safaris, it also has quite a number of lions which can be seen during Lion Tracking and game drive in Queen Elizabeth National Park. 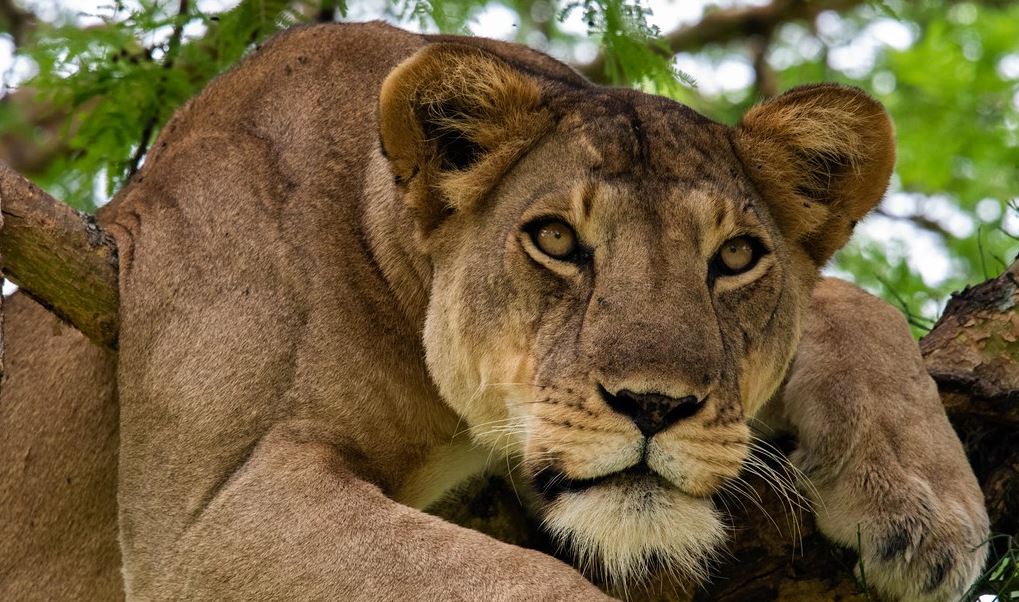 This activity is done by a limited number of tourists to avoid congestion in order to take better photos and videos of the King of the jungle in the beautiful savannah plains. Also to avoid stressing and scaring away the animals. Therefore those who are interested in this activity are advised to book in advance  because of the competitiveness of the tracking permit. A lion tracking permit costs $100 for foreign Non Residents and Foreign Residents, UGX 100,000 for East African Residents. The permit can be booked directly through the Uganda Wildlife Authority or Engagi Safaris Ltd your trusted tour operator in this case. We book and organize the best wildlife and gorilla trekking safaris in Uganda, Rwanda, and Congo.

How it is done

This interesting adventure is done twice a day starting early in the morning at 8:00 am and 4:00 pm lasting about one to three hours depending. The enthusiastic trackers together with the researchers go into the field to learn the habits of the Lions in this National Park.

The morning lion tracking helps in monitoring, researching and tracking the King of the Jungle which is undeniably one of a kind experience for tourists on Uganda safaris.

Lions usually move in groups of three to twenty-five individuals in a pride. It is advisable to first note the number of lions being tracked to avoid being confused with the new ones joining the group this is because as you are tracking, the number of these mammals being tracked can grow without prior warning. This can be mainly resulting from an individual or several lions joining the former group. 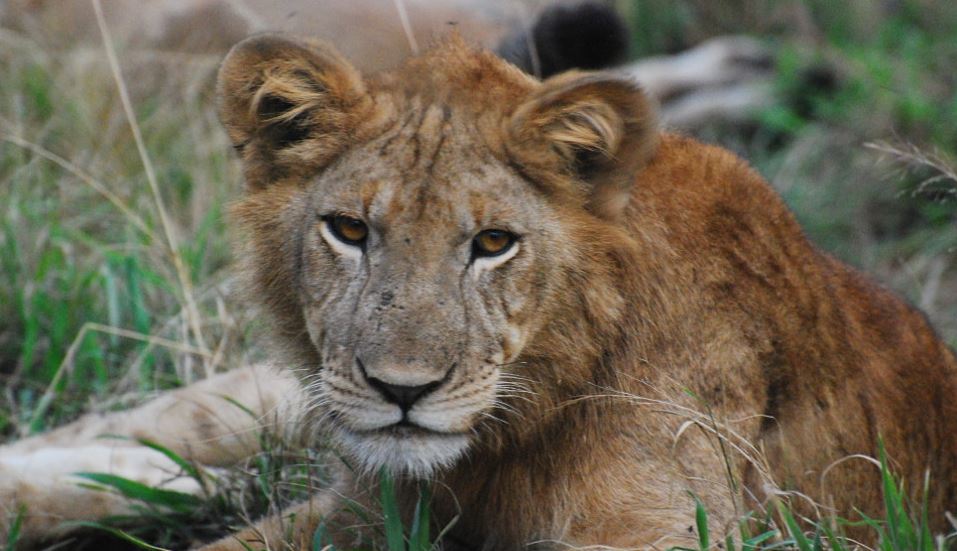 During this exceptional experience, take note of the nocturnal vocalizations (loud roars) and their intensity as well as the hyena laughs and any distress calls from the prey. This can also help you to locate the Lions.

The researchers will inform you about the different tricks used in tracking these lions. For example, they will inform you that lions move through tall grasses while creating a trail of bentgrass. They also scent mark their territory by rubbing the ground with their hind feet thus forming shallow parallel scrapes of bare soil of about 12 centimeters wide and 20 centimeters long.

The Lions also drying and sticking urine sprayed on the bush is also a popular sign left by lions. These animals will also rub their heads in the bushes thus leaving unnoticeable blonde of hairs behind.

Other activities that can be supplemented with lion tracking in Queen Elizabeth National Park for the best Uganda wildlife Safari experience. These include; game drives, boat cruise on the Kazinga Channel, chimpanzee tracking in Kyambura, Birding, cultural encounters, guided nature walks, visit the craters just to mention but a few.