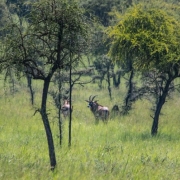 Pian Upe wildlife reserve is Uganda’s largest game reserve located in North Easter part known as Karamoja region, covering a distance of 2788 square kilometers. It is bordered by the Matheniko game reserve and the Bokora wildlife Reserve under the management of Uganda Wildlife Authority. It consists of semi- arid climate which keeps the temperature high through the year and receives minimal rainfall. Despite the semi desert climate, Pian Upe has some   vegetation which consists of shrubs, red spike thorns red accacia, desert dates, and bush willow. Cultivated areas have many live fences of yellow oleander. This remarkable game reserve is composed of hot springs and it is sighted as one of the incredible destinations with mercury wells just at Mount Kadam

The Pian Upe wildlife has for many years been affected by poaching which resulted into loss of many wildlife. However, efforts are being made by the concerned authorities to restore it to the former glory and there has been an improvement and many safaris are being conducted in the reserve.

A visit to Pian Upe gives you the best experience of Uganda’s wilderness safari. The reserve is endowed with wildlife species some of them are not found anywhere else in Uganda for example the roan antelope. Other animals include: Carnivores: Jackals, Civets, Spotted hyenas, Lion, Leopards, Cheetah, Wild cats. 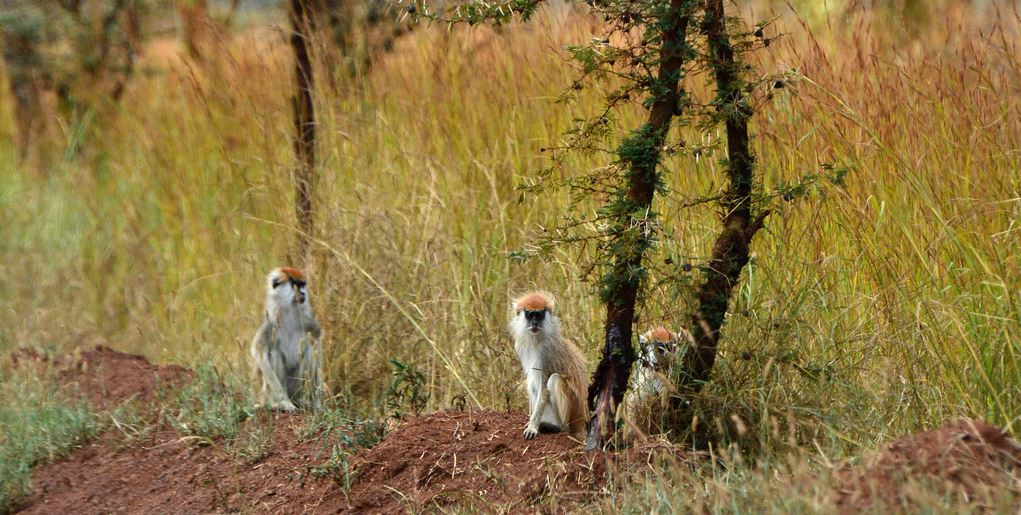 Giraffes are said to have been extinct in this reserve due to poaching, arrangements were done and they returned back from Murchison Falls National Park in 2018.

It is also known as a birder’s paradise about 242 birds species have been identified in the reserve, the popular birding spot is around the swamp terrains in the Loporokocho swamp. The bird species found in the reserve include:  Ostrich, jacksons horn bill, Lapwings, Ostriches, African eagle, Turacos, Weaver birds, Cormorants, grass birds, vultures, pelicans, vultures, Darters, cranes, African Jacana.

Reptiles that can be seen at Pian Upe which include: rock python, skinks, chameleons and savannah monitor lizard which is known as the largest lizard.

For those who plan to take up this fun, wilderness experience in Pian Upe, the best time to visit the reserve is during the dry season from January to March for all those who love game drives. Birding safaris are best from April to October.

Some of the main activities done while at Pian Upe game reserve include:

The reserve is a birder’s paradise as mentioned above. Birders have a chance to spot their favorite birds in their natural habitats. Birding is done in the morning as the birds leave their nests in search for food and water and in the evening as they return to their nests to rest.

The above mentioned activities are done  on Mt. Kadam which is the highest point of the reserve. When you reach the top of the mountain, you will have a glance the park’s beautiful scenic landscape. As you watch the animals feed and meandering with in the reserve.

During a guided nature walks you will be accompanied by a trained UWA Ranger guide for safety and better explanation of the flora and fauna which you might encounter on the way. This activity is  a great way to get close to primates and some antelopes.

Pian Upe has a cultural diversity, it is a home to two pastoralist tribes for which it is named: the Pian being part of a sub group of the Karamoja, and the Upe being a Kalenjiin speaking people more widely known as the Pakot within Kenya. These two tribes have a history of armed conflict mostly related to cattle rustling. The visit to these tribe communities will enable you to learn about the culture and ways of the people living, how they conduct traditional marriage ceremonies and their traditional dances.

The wildebeest migration
Scroll to top