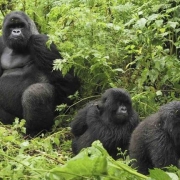 Rwanda Gorilla Migration Rwanda is home to mountain gorillas which are found in Volcanoes national Park northwestern Rwanda. It covers 160 km2 of rainforest and encompasses five of the eight volcanoes in the Virunga Mountains, namely Karisimbi, Bisoke, Muhabura, Gahinga and Sabyinyo. It borders Virunga National Park in the Democratic Republic of Congo and Mgahinga Gorilla National Park in Uganda. Volcanoes National Park is also a home to the golden monkeys, and was the base for the primatologist Dian Fossey.

The Greater Virunga Conservation Area contains 8 national parks, 4 forest reserves, and 3 wildlife reserves.  In October, 2019 volcanoes national park experienced a gorilla migration. It was reported that at least 20 gorillas from Hirwa Family in Virunga Conservation area crossed over to Mt. Mgahinga Gorilla National Park located in the Southwestern part of Uganda. The Hirwa family came from the northern part of Rwanda known as Kinigi. It has taken a week since they migrated no one knows when they will move back to Rwanda. This is not the first time this has happened. The same happened in Mgahinga National Park in Uganda a couple of years ago, it was not possible to book gorilla permits in Mgahinga because the Mgahinga(Nyakagezi) family had migrated across the border almost a decade. 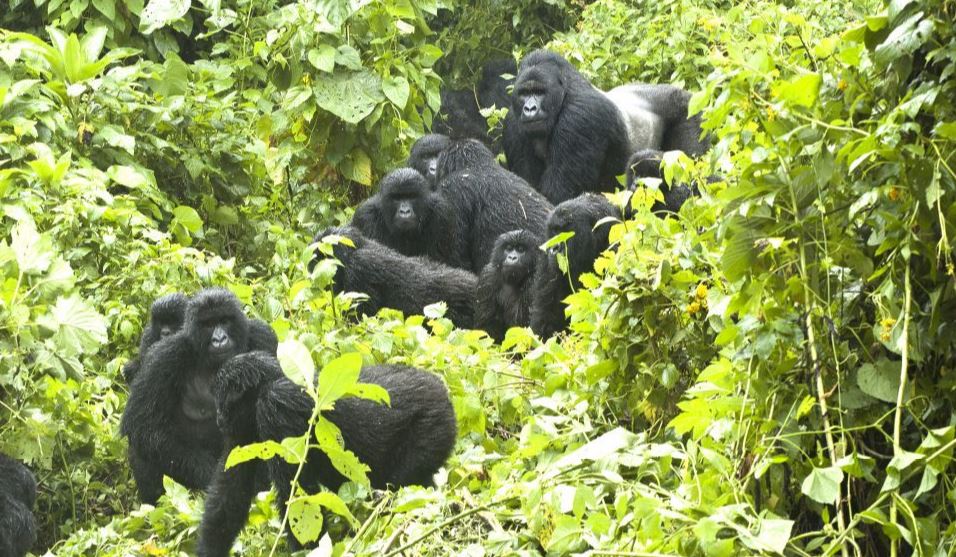 This Rwanda gorilla migration to Uganda was confirmed by Uganda Wildlife Authority’s (UWA’s) ICT head and photographer, Paddy Musiime Muramura, who confirmed that the gorillas have been in Uganda for a few weeks, and they are being managed alongside gorillas already living within the guidelines of the International Gorilla Conservation Program (IGCP).

The program’s revenue is shared equally among Rwanda and Uganda when gorillas are tracked across either border. The difference is the cost of permits between the 2 countries. Currently Rwanda’s permits cost $1,500 compared to Uganda’s at $600 which has been increased to $700 which will be charged starting on 1st July, 2020. The 2 countries had agreed on the price however Rwanda renounced, this has given Uganda an advantage since it charges lower permit fees compared to Rwanda. This is one of the reasons most visitors have chosen Uganda over Rwanda when planning gorilla trekking safaris. 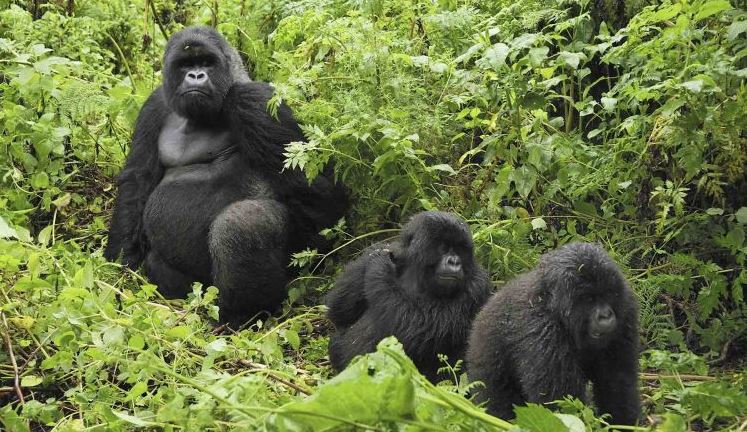 Mountain gorillas are known to move freely, across these geographical borders shared by the three countries; Uganda, Rwanda and D R Congo in what is known as the Greater Virunga Landscape. Rwanda Development Board said it is normal for the gorillas to have moved to Mgahinga nature cannot be controlled. Mgahinga Gorilla National Park is nested in the clouds at an altitude of between 2,227 and 4,127 meters which is also part of the Albertine Rift. The park was gazzeted to protect the rare mountain gorillas that inhabit its dense forests.

The park is also blessed with unique birds 180 bird species have been recorded including the Albertine rift endemics that makes it one of the birding sites in Uganda. Some of the birds to see include ibis, speckled mous, Rwenzori Turaco, Grey-capped warbler, yellow vented bulbul, speckled mousebird, firefinch bird, whydah, stonechat, Lagdens bush shrike, scarlet tufted Machalite sunbird, black kite, crowned hornbill, Kivu ground thrush, montane double collared sunbird, fire finch and many others found in the area. A significant habitat for the endangered golden monkey it is here were gold meets silver.

Mgahinga National Park is known for a huge cultural expression for the indigenous Batwa pygmies to be specific. This tribe of hunter-gatherers was the forest’s “first people,” and their ancient knowledge of its secrets remains unknown. It is richest in endemic and threatened species including all of the world’s mountain gorillas and chimpanzees. The effectiveness of selling this region is immeasurable, and with DRC hoping to join the East African Community (EAC) as one region. After the migration of the Hirwa family, it is hoped that the 3 countries consider integrating the parks.