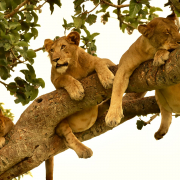 THE TEN NATIONAL PARKS IN UGANDA.

Uganda is located in eastern part of Africa. Famously referred to as the pearl of Africa, this has made it a must visit country in Africa. Uganda has so much to offer from wildlife to culture. The country is located between the savannah and the equatorial forests, with over 60 tribes. Uganda is home to the shortest and the tallest people in the world, making her the the cultural tourism destination. With over 1000 bird species some of which are endemic while others are migrant birds, Uganda a birder’s haven. The country’s night life and entertainment is unrivalled, there are a lot of clubs, casinos and lounges, Kampala city the country capital was named the entertainment capital of east Africa.

Uganda is a country gifted with nature with 10 national parks and twelve wildlife reserves. Expect to see the big fives when you visit Uganda, tree climbing lions, buffaloes, chimpanzee, gorillas and primates. Not forgetting the most favorable climate.

Today we are talking about the 10 national parks Uganda has. 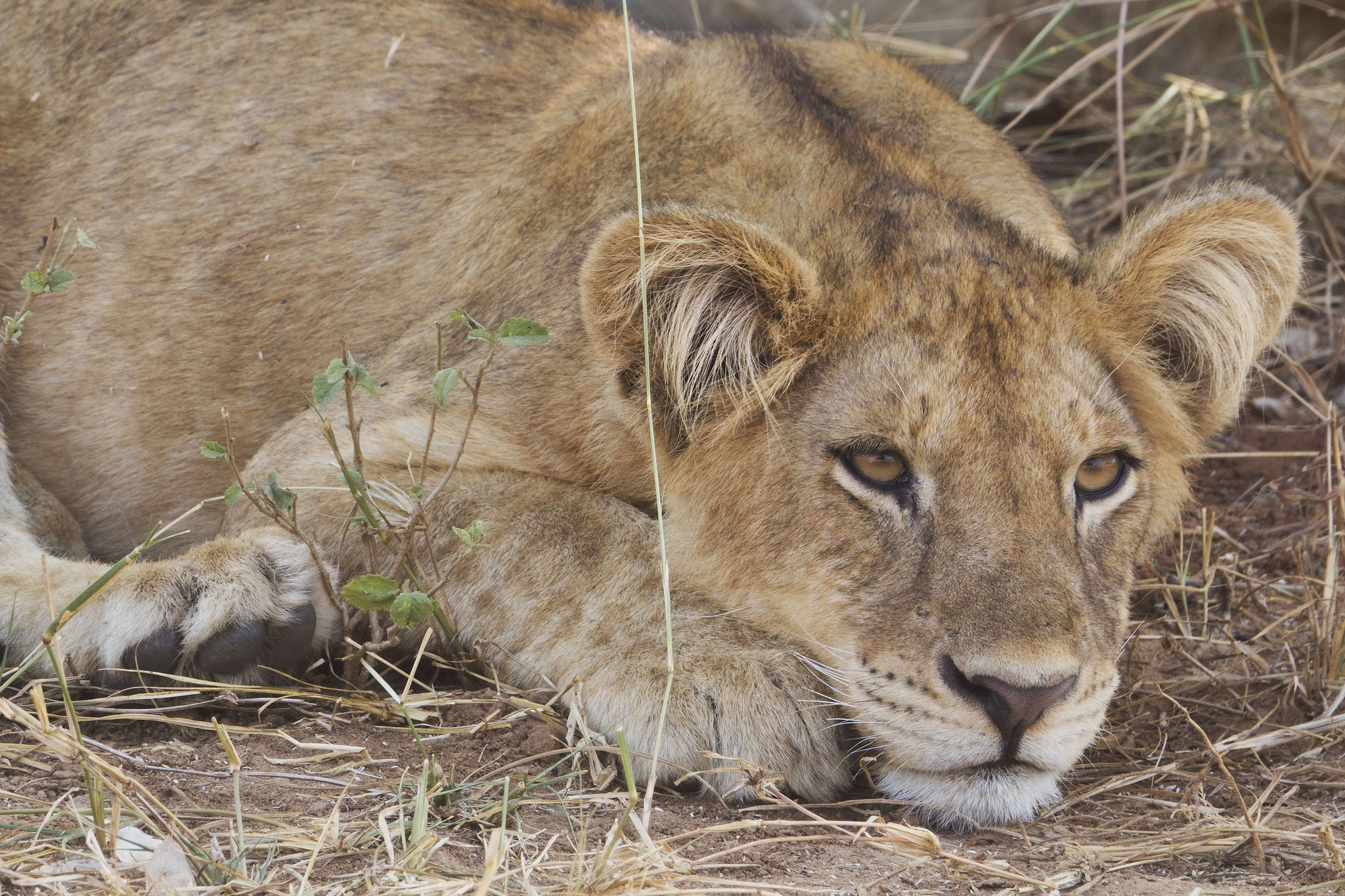 Kidepo valley national park has a wide range of unique carnivorous animals you can luckily spot while on a game drive, these include; the hunting dog, cheetah, caracal, bat-eared fox, aardwolf and the stripped hyena.

Queen Elizabeth national park was gazzetted in 1952. The park has five levels of vegetation, which include; the forest grassland, lakeshore, bushy grassland, swamp vegetation and acacia. The park has over 600 bird species and over 90 species of mammals. Examples of mammals in the park include, the elephants, leopards, cape buffalo, lions, hyena, warthogs, Uganda kob, giant forest hog and the waterbucks. The park has 5 regions each offering something unique from the other. These are; the Ishasha region, rift valley escarpment, north east escarpment, Mweya peninsula and the kyambura Gorge. The sky at queen Elizabeth national park seems to be much closer and the park’s altitude is higher than that in Kampala city. The park was named in honor of the coronation of Queen Elizabeth of England.

Rwenzori Mountains national park is located in south western Uganda, kasese district near the Democratic Republic of Congo boarder, approximately 300km from Kampala city if you pass via Mubende Fort portal route, and approximately 360km if you use Masaka-Mbarara busenyi then to kasese route. The park was declared a UNESCO heritage site in 1994, it is also referred to as the mountains of the moon.

Mountain Elgon is 4000km squared bordering Uganda and Kenya. Mountain Elgon has the largest volcanic base in Africa. It is one of the oldest physical features Uganda has, first erupting approximately 24 million years ago. The mountain is an extensive trans-boundary conservation area declared by the UNESCO as a biosphere reserve. It was once the highest mountain in Africa but has been reducing due to eruption and erosion that made it reduce to 4,321m and became the 4th highest in East Africa. Mountain Elgon national park harbors over 300 bird species inclusive of the lammergeyer which is endemic to the area, its home to the colobus monkeys, black and white monkeys, spotted hyena, deffassa waterbucks, buffaloes, oribi, elephants among others. One of the famous activities done at mountain Elgon national park is hiking to the caldera which has the mountain’s peak Wagagai at 4321m. Other places you can hike to are; Mubiyi which is at 4210m, Sudek at 4303m and Koitobos at 4222m.

located in western Uganda in Bundibugyo district on Uganda Congo border. The park begun as a forest reserve in in 1932 but later in 1993 it became a national park. It is bordered by Rwenzori mountains on the south eastern side and the lake Albert in the northern side. Semuliki national park is known as the birder’s haven with over 400 bird species. There are over 50 mammal species in the park. The park faces a challenge of encroachment from the locals around the park who hunt animals, cut down tree for firewood and herbs. There are tribes which live near the park, they include; the Bakonjo and Bamba, the Batuku and the Batwa. The Bamba are farmers who grow crops at the foot of Rwenzori mountains. 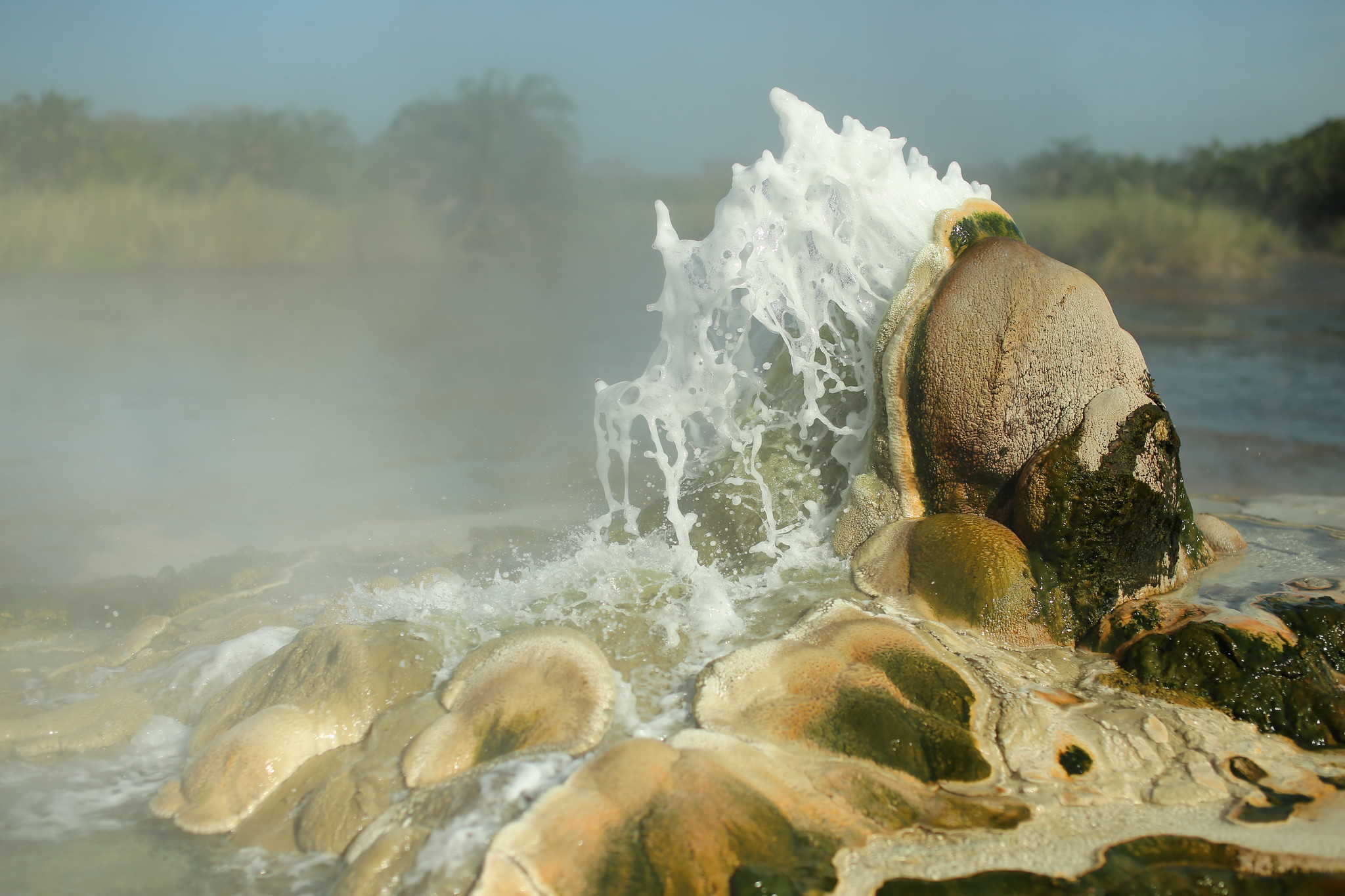 The park is situated in one of Africa’s most ancient and bio-diverse forests. The park is a good place for those interested in hiking as they see flora and fauna, different bird species like long-tailed Hawk, red-billed Helmet shrike among others. 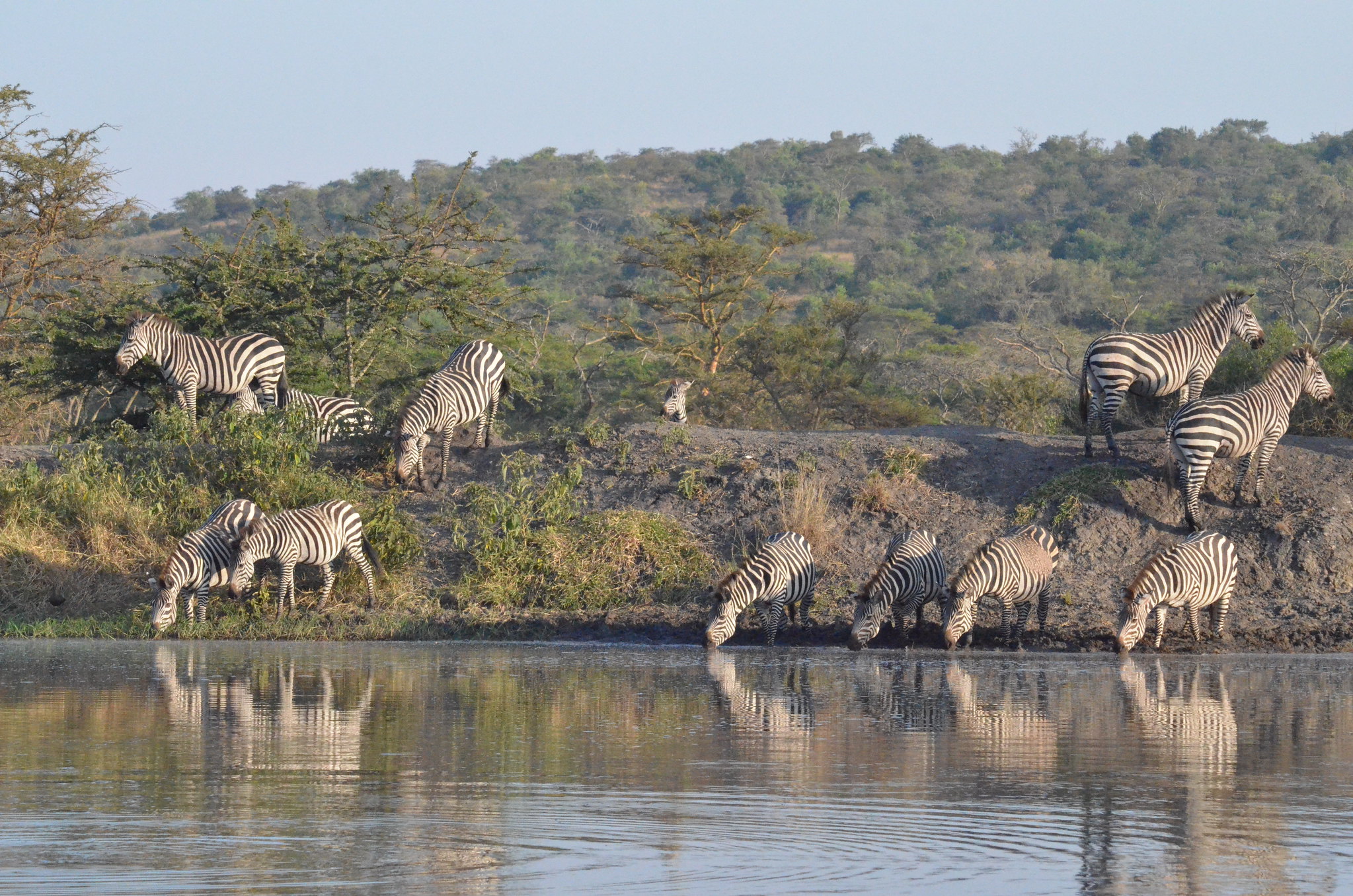 Lake Mburo National Park is one of the smallest and one of the best national parks in Uganda, the park being small gives you an opportunity to see wild animals easy without travelling long distances. It is endowed with a lot of zebras, the impala, leopard, Rothchild giraffes and other animals with an exception of the elephants and the lions. Its lack of lions is an assurance that you can get closer to other animals with no fear of being attacked by a lion. The park is not so far from Uganda’s capital city approximately 240 km from Kampala, and approximately 280 km if you coming from Entebbe where Uganda’s international airport is found, it takes only 3-4 hours to reach the park, this makes it easy for a tourist who has little time in Uganda to go and have a look at the beautiful animals lake Mburo harbors, you can have a stop-over at the Equator where the earth divides its self from, into northern and southern hemispheres in Kayabwe, take photos and then proceed to your destination. This is where you can spread your hands or arms in the south and the northern hemisphere at the same time.

Murchison falls national park is locally known as kabalega national park, located in the north east of Kampala approximately 305 km, in masindi district near, Nwoya, kiryandongo and Buliisa.  Murchison falls national park is bisected by the Victoria nile. The conservation area is made up Karuma wildlife reserve and Bugungu wildlife reserve. It is the largest and oldest national park in Uganda situated at the end of the Albertine rift valley. The strong falls splash water around and create a beautiful rainbow. The park has over 100 mammals, 51 amphibians, over 500 birds and 51 reptiles.  The park harbors a third of the world’s Rothschild giraffes. 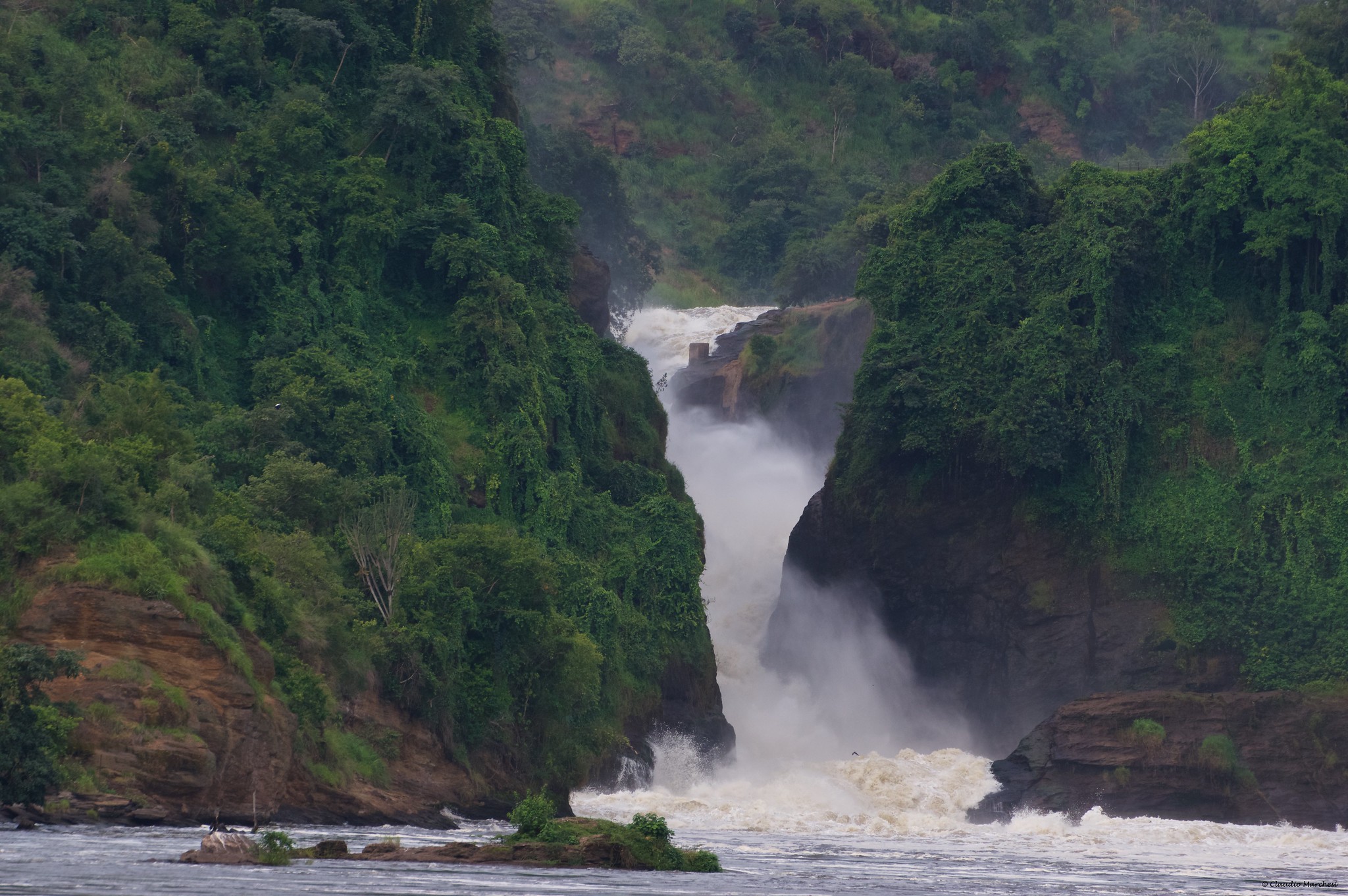 Kibale national park is a rainforest located in south western Uganda and easily accessible from Kampala city. There are thirteen different chimp species that are found in kibale national park. Chimpanzee trekking in Kibale national park is conducted twice a day at 8 am in the morning and 2pm in the afternoon which lasts for about three hours depending how far the chimps have travelled, when you spot them, you are given maximum of one hour to see the chimpanzees, you can take photos as you want but avoid using camera flashes.

Chimpanzee trekking in kibale is easy because the chimps can easily be seen and are many. 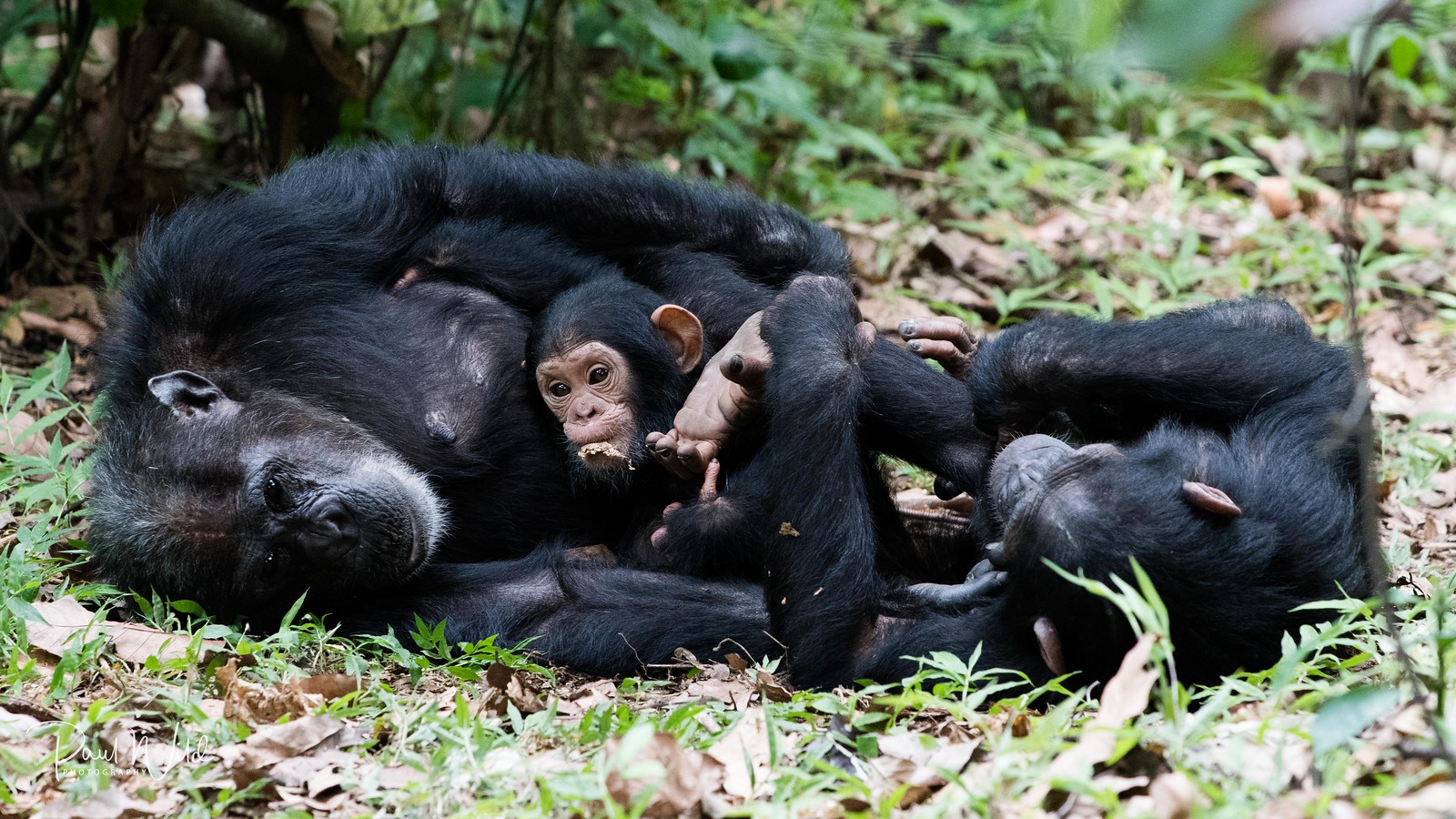 Before you kick start your trek, guides will brief you on what to expect during the trek, like very loud noise from the chimps, see them hunting for food, fighting, playing and much more. Be prepared for a strained neck because chimps love being on top of the trees, be aware of falling fruits, and sometimes urine from the chimps.

Mgahinga national park is located in south western Uganda in Kisoro district famous for gorilla treking. The park is also part of Virunga conservation area was gazzetted in 1991 having about 80 gorillas. Mgahinga has both habituated and wild mountain gorillas with only one habituated gorilla family.

Gorilla trekking in Mgahinga national park is done in two sessions, one the morning and another in the afternoon at around 2pm. Trekking gorillas can last from one hour to four hours depending on the gorilla movements

The trek in Mgahinga takes place through the year but its better you visit during dry seasons of June-September and December-February when the rain is not so heavy and roads are clear.

Apart from gorilla trekking, there are lot of other attractions like birds, mammals, chimpanzees and a lot more.

You can get a gorilla permit through your tour operator or directly from UGANDA WILDLIFE AUTHORITY.

Bwindi impenetrable national park is a UNESCO world Heritage site. The park has over 300 bird species, 200 butterfly’s species, over 120 mammal species and over 200 tree species. The park is one of the best places you can go for gorilla trekking in Uganda.

Gorilla trekking in Bwindi is done in four sectors of buhoma, nkuringo, rushaga and Ruhija