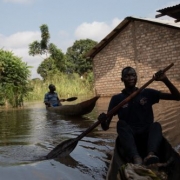 The city of Zongo in the province of South Ubangi welcomed for the first time this Monday, December 2 the President of the Republic Felix Tshisekedi Tshilombo Tshisekedi. The latter should visit the flood victims in Zongo.

According to the presidential press, the Congolese president should visit some areas of the city of Zongo engulfed by the waters of the Ubangi River, out of bed.

According to his program, Felix Tshisekedi will address the local population in front of the office of the town hall.

He arrived in this city from Bangui (Central African Republic), where he attended the day before the commemoration of the 61st anniversary of independence of this neighboring country.

Since mid-October, more than 28,000 people in the Central African Republic have been displaced by heavy rains and the overflowing of Ubangi River. 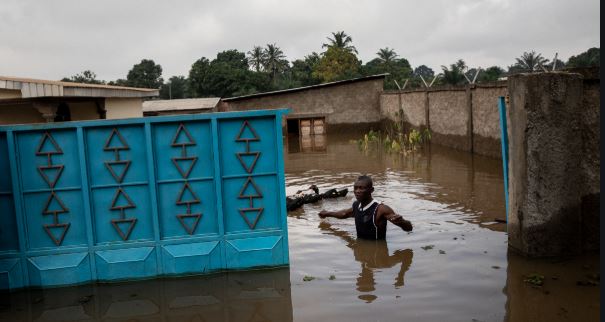 The local Red Cross said seven people have died and 25 were injured in the worst flooding the country has seen in two decades.

“Our government is doing everything possible to get out of this crisis. When such a catastrophe takes place in a country like ours, we take our means, and make a call to our international partners to reassure the populations and offer an emergency response,” said government spokesperson Ange-Maxime Kazagui.

People complain there is too little being done and that the response was too slow.

“I feel as if it is the end of the world,” said Paterne Kongbouali, 22, a student who has not been to school in two weeks.

For the Central African Republic – the second to last country on the human development index, and the most food-insecure country in the world – the floods are another burden on their path to reconstruction.

Although a peace agreement was signed on February 6, the conflict that started in 2013 never really came to an end. One-in-four Central Africans live in displacement camps in the country, or as refugees in neighbouring nations. Let’s pray they get the solution as soon as possible and the neighboring countries like Uganda could give shelter to the homeless as their government works tooth and nail upon the solution.