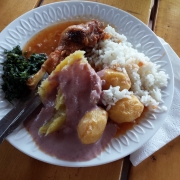 Uganda the pearl of Africa is endowed with a variety of foods grown in the fertile soils of the land. It is the leading producer and exporter of food in East Africa, Congo, Rwanda and overseas. Uganda’s tribes/regions have different staple foods which makes them unique and brings about cultural food variations.

Culinary/ food tours will allow you to taste delicious foods from the different parts of the country. The foods are prepared using locals material/equipment like banana leaves, firewood or charcoal, banana fibers, and African spices just to mention but a few.

Below are some of the foods prepared by the different regions/ tribes in Uganda.

This region is where we find the capital city of Uganda, Kampala and the lies in the Buganda kingdom. It is one of the most populated regions in Uganda.

The common food here is matooke (plantain) it is prepared at home and in local restaurants. Matooke is grown in different parts of the country especially in the west and central part of Uganda.

The procedure of preparing matooke involves carefully peeling off the green outer part then wrap the remaining part in fresh banana leaves and steam for some time until they are ready.  Get it off the fire and press them to make it soft return it on the fire to make it softer. After a specific time, you open the banana leaves and serve with your delicious stew-like meat, fish beans, g. nuts. 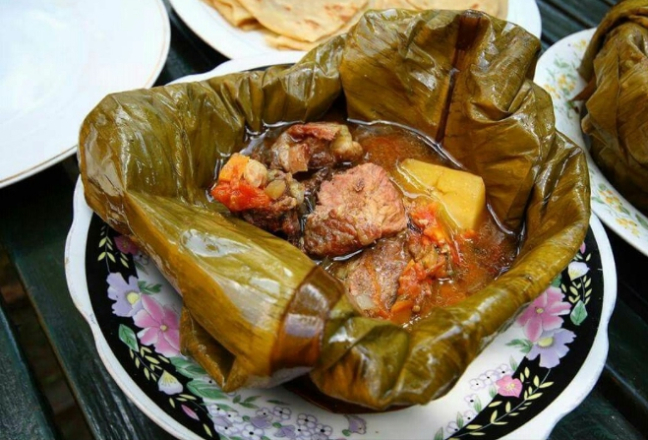 Luwombo is a unique food prepared by the Baganda people, the steps of preparing luwombo are; get a small soft banana leaf heat it with minimal fire, choose your favorite sauce like meat, chicken, g.nuts with fish and wrap it in the banana leaf, add species like tomatoes, onions, green pepper, carrots add salt and tie the banana leaf with small banana fiber. Place it in a saucepan that has green fresh banana leaves and cover. Place it on the fire, steam and wait for some time until it is ready. Open the luwombo and serve. The luwombo has an excellent scent and very delicious.

The season insects known as grasshoppers locally known as Nsenene are Uganda’s delicacy. They are usually seen in April and November and harvested at night using bright LED light and iron sheets which are placed in a piper. The grasshoppers are attracted by the light and when they fly close to the light, it blinds them and they slide in the piper. In the morning after a fruitful catch, they are packed in a sack and supplied to different parts of the country. They are sold in markets at affordable prices, some are sold raw and other already fried after removing the legs and wings. Masaka and Fortportal are the leading producers of Nsenene in Uganda.

Ants are also common in the central part of the country and these are collected as they fly out of any hills. Some people eat then straight from any hills whereas others fry them before eating them and these are delicacies that you cannot miss.

This region also has different tribes like the Basoga who come from the districts of Jinja, Iganga, Kamuli … their staple food is sweet potatoes and this can be prepared by steaming and roasting. Just like matooke, the sweet potatoes are peeled and placed in a saucepan that has and banana leaves. Wrapped well and the saucepan is placed on fire for till they are ready and served with any stew available. They mostly serve it with g.nuts.

The potatoes can also be fried as a whole or in small portions to make sweet potatoes chips mostly served for breakfast.

Mbale district where the famous Bagishu people come from, their staple food is Matooke and millet bread locally known Kalo. Kalo is a mixture of millet and cassava flour after grinding and it is prepared to mix boiled water with the right quantity of Kalo and then mingle until it softens and ready to be served.  It is served when hot in a small basket with your favorite stew

G.nuts mixed with Malewa. Malewa is dry bamboo leaves. They are boiled the first time until they are soft and then the top part of the shoots is removed and cut into small pieces. They are then washed again and soda ash is added, then ground nuts paste and any other ingredients like tomatoes, onions are added to add flavor to the stew and then served with food. They are tasty when served with Matooke. 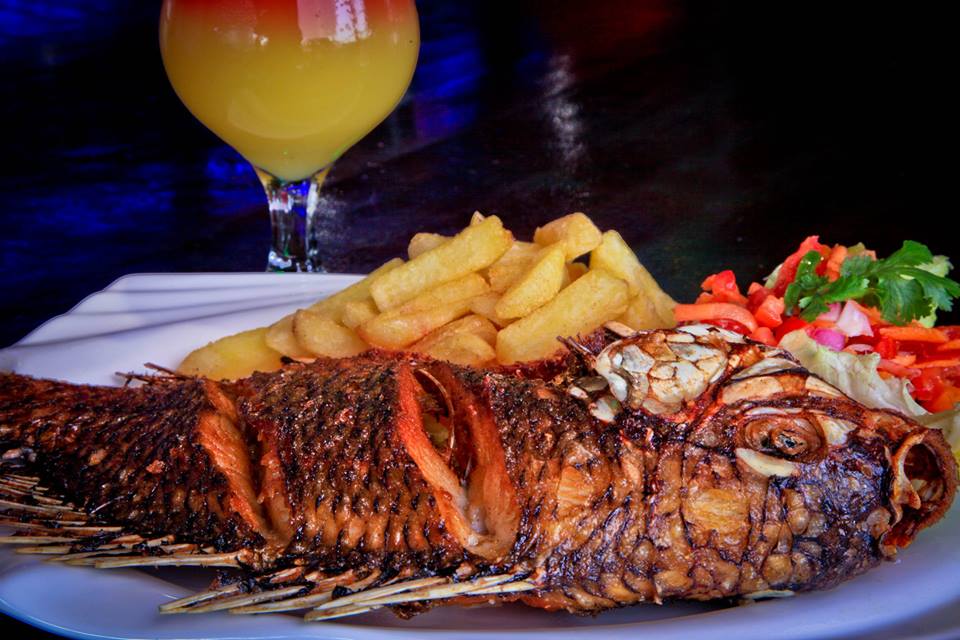 This region has Ishabwe as its unique delicacy, made from ghee. Milk is kept until it ferments and then the top part is removed and still kept as ghee. The ghee is mixed with rock sail and shook to make a fine product known as The Ishabwe. It can be served with other types of food like millet bread, Matooke, cassava just to mention but a few.

Kalo and Irish potatoes are the staple food for the westerners.  Irish potatoes are mostly grown in the hilly areas of the Kigezi region. It can be prepared by boiling or frying to make French fries. It is mostly considered as a side food.

The northern part of Uganda

Millet is the staple food in northern Uganda served Malakwang these are green vegetables they are mixed with pounded groundnuts. They also have fish stew.

There are some foods which are eaten by everyone in Uganda these include;

Uganda has many water bodies all over the country, fishing is done for home consumption and commercial purposes. The commonest type of fish in Uganda is Nile perch and tilapia. Others include; silverfish, lungfish, mad fish, yellowfish and catfish.

These are the main stews in Uganda’s local restaurants served with different kinds of foods. However, pork is mostly served as fried on a platter with different spices, or sometimes roasted on a stick. Roasted chicken is also sold on the highways stopovers as you travel upcountry. For-example; Lukaya on Kampala- Masaka, Sanga on Masaka- Mbarara, Busunju on Kampala-Hoima, Namawojolo on Kampala-Jinja, Mubende on Kampala-Fortportal highways.

Street foods in Uganda’s cities include roasted maize and cassava, boiled porridge mixed with milk. Rolex which is Uganda’s delicacy, there are different types of Rolex like chicken, egg, beef, vegetable. Boiled katogo which entails; matooke and beans, matooke, Irish potatoes, and offal or cassava and beans. 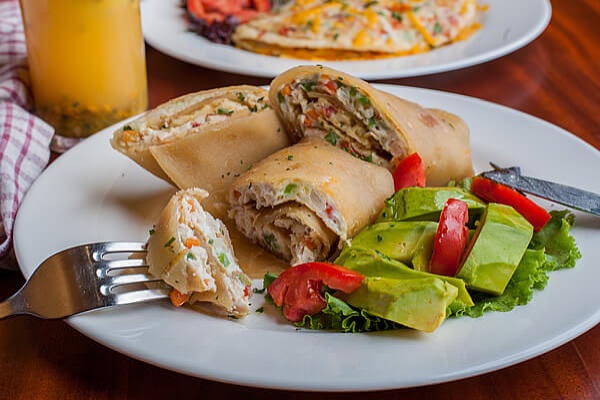 Uganda has a variety of fresh fruits ranging from small to big ones. They are sold in markets, these include; pineapples, jackfruits, mangoes, oranges, pears, watermelon, avocado, tomatoes and many more.

At Engagi Safaris we organize culinary/food tours around Uganda, book with us and enjoy the most delicious foods as you enjoy the African culture and tradition which you will live to remember.