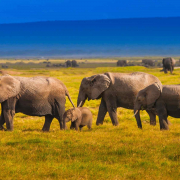 August 12 is World Elephant Day, the inaugural of world Elephant day was launched on August 12, 2012, to bring attention to the urgent plight of Asian and African elephants. World Elephant Day was created in 2011 by two Canadian filmmakers Patricia Sims and Thailand’s Elephant Reintroduction Foundation. The initiative was greatly supported by film star and Star Trek legend William Shatner who narrated the documentary Return to the Forest, a fascinating 30-minute film about the reintroduction of captive Asian elephants to the wild.

African elephants are listed as “Vulnerable” and Asian elephants as “Endangered” on the IUCN Red List of threatened species. 500,000 elephants exist today – and that is of both African and Asian species. In Africa, there are approximately 415,000 individuals left whilst in Asia, a mere 40,000 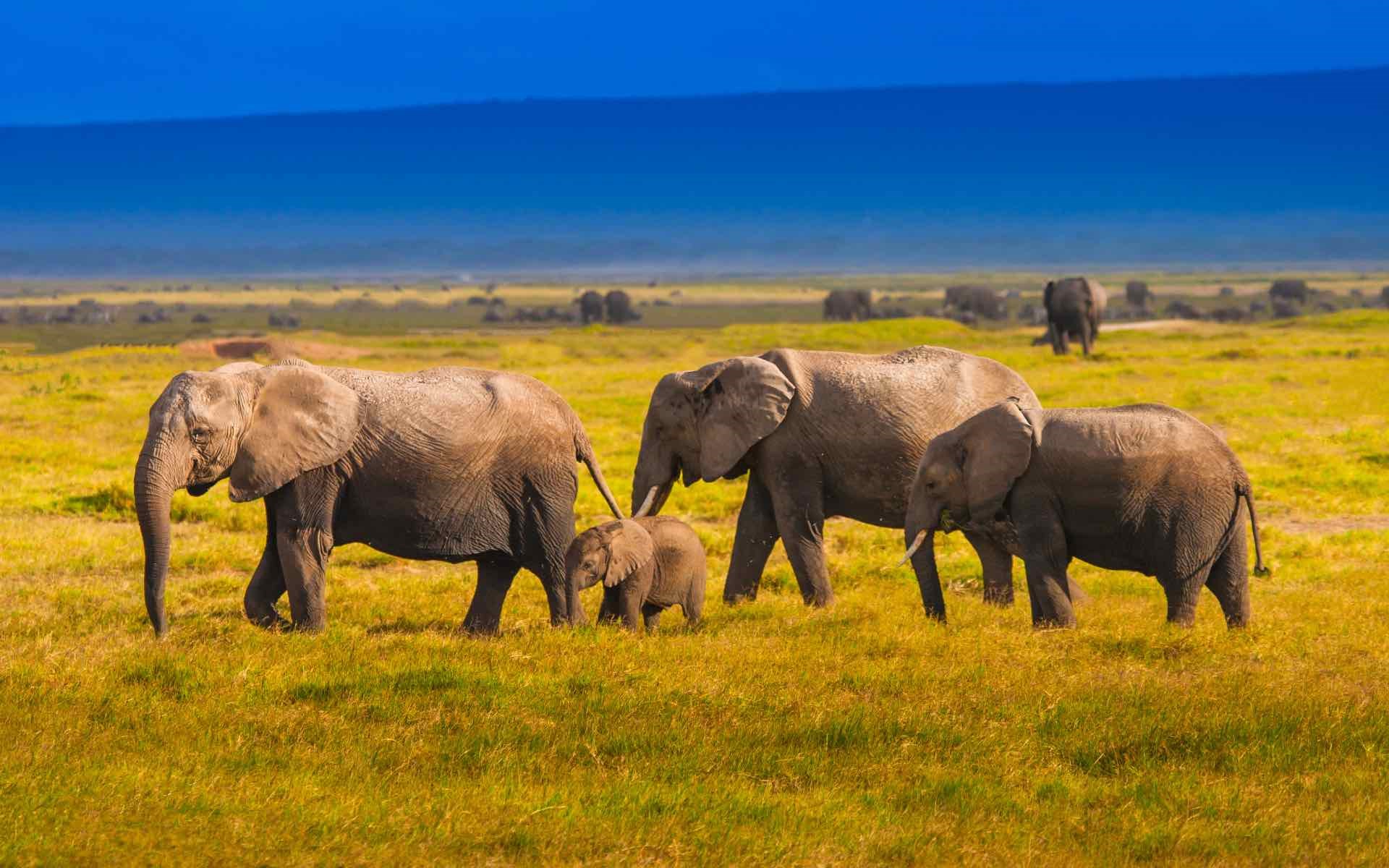 How to Celebrate World Elephant day

World Elephant Day asks you to help conserve and protect elephants from the numerous threats they face. And it is the perfect time to find out more about these amazing Gentle Giants and what we can do to preserve, protect, and experience them in non-exploitive and sustainable environments where elephants can thrive under care and protection.

You can also share your knowledge and support solutions for the better care of captive and wild elephants.

The best way to celebrate this day is to take the opportunity to educate yourself about these magnificent mammals and share your knowledge with others.

You can also support local people to live alongside elephants in harmony or donate to a reputable organisation that is pushing for elephants’  conservation. 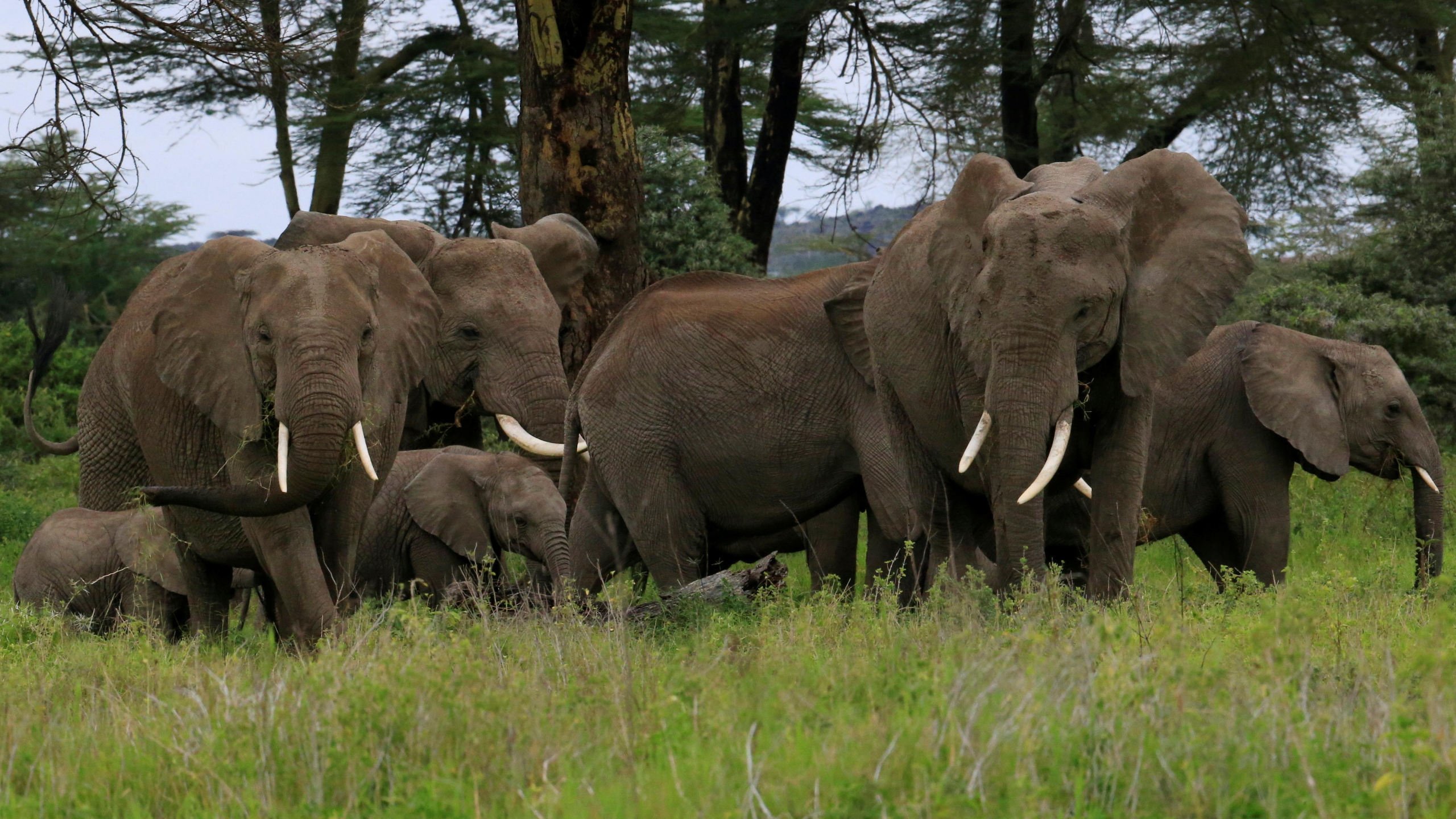 Poaching is the major threat due to the ivory trade. Currently, the demand for ivory is biggest in China, with the price of ivory often exceeding the price of gold, A century ago, elephants numbered more than 12 million in the wild. Today, that figure is as low as 400,000, with as many as 20,000 per year killed by poachers.

Most elephant habitat still extends outside protected areas, and the rapid growth of human populations and the extension of agriculture puts pressure on the habitat of elephants.

As human populations expand, more land is being converted to agriculture and shelter. So elephant habitat is shrinking, people and elephants are increasingly coming into contact – and conflict – with each other. Elephants sometimes raid farmers’ fields and damage their crops – affecting the farmers’ livelihoods – and may even kill people. Elephants are then sometimes killed, poisoned or injured in retaliation.

Elephants’ needs cannot be adequately met in a captive environment. The welfare of elephants is severely compromised. due to restricted space and opportunity for exercise, unsuitable climate, extended periods of confinement, inappropriate diet, small social groups, , lack of opportunity to exhibit natural behaviours, and exposure to aversive stimuli in training and handling and it is evident that zoos have contributed little to the conservation of either African or Asian elephants since they were first brought into captivity.

Elephants are shot by hunters and they die in extreme pain and agony. Because of this, their tribes are damaged which leads to populations decline. 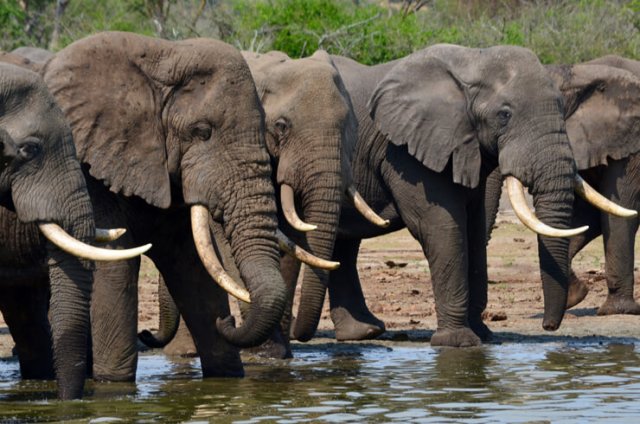 Below are few things that we can do to help save these ‘gentle giants’:

Working towards better protection for wild elephants, improving enforcement policies to prevent the illegal poaching and trade of ivory, conserving elephant habitats, better treatment for captive elephants and, when appropriate, reintroducing captive elephants into the natural, protected area is what needs to be done by policymakers, and at an individual level below is what you can do about this conservation cause.

Elephants are the largest mammals on earth, The African elephant is the world’s largest land mammal – with males on average measuring up to 3m high, African elephants up to 6000kg! Asian elephants weigh about 5400kg. Baby Elephant weighs up to 120kg!

The African elephant has the largest brain in the animal kingdom – it can weigh up to 5kg! The human brain, however, is larger when measured as a proportion of our total body weight.

The average life span of an elephant is 50-70 years, but the oldest known elephant in the world was 86 when he died.  Males only reach their full size at 35-40 years – that’s well over half their lifespan.

Elephants walk at about 4mph, and they are able to swim long distances.

Elephants are the only mammal that can’t jump.

Elephants have been clocked to run at 15 mph, however, over a very short sharp distance, elephants could run as fast as 25mph.

Adult elephants spend about 16 hours a day eating – they require up to 300kg of food and 160 litres of water each day.

Elephant tusks are actually enlarged incisor teeth that first appear when elephants are around 2 years old. Tusks continue growing throughout their lives. Tusks are used to help with feeding – prising bark off trees or digging up roots – or as a defence when fighting. But these tusks are made of ivory that get elephants into trouble; Elephants have 6 sets of molar teeth, upon which they depend for survival. When the last set is lost, the animal is unable to eat and eventually dies of starvation.

Their trunks are perhaps the most sensitive organ found in any mammal, an elephant’s trunk is a very impressive multi-tool. Elephants have around 150,000 muscle units in their trunk. Besides being a long nose used for smelling, breathing and trumpeting, it is also used as a hand to grab things –the trunk is also used as a huge straw – elephants can suck up to 14 litres of water a time into their trunks and then blow this water into their mouths to drink. When bathing, they also use their trunk to spray themselves with water and mud.

Elephants have very sensitive skin and use mud as a form of sunscreen. They need to take regular mud baths in order to protect themselves from sunburn, insect bites and moisture loss.

Elephant feet are covered in a soft padding that helps to support their weight, as well as preventing them from slipping and dulling the sound of their footsteps. As a result, elephants can walk almost silently, despite their huge weight.

Elephants use their feet to listen to the sub-sonic rumblings made by other elephants through vibrations in the ground. They have been observed to listen by putting their trunks on the ground and carefully positioning their feet.

Female elephants remain pregnant for 2 years – the longest gestation period of all mammals.

Elephants communicate in a variety of ways – including sounds like trumpet calls (some sounds are too low for people to hear), body language, touch and scent. They can also communicate through seismic signals – sounds that create vibrations in the ground – which they may detect through their bones.

Elephant calves are able to stand within 20 minutes of being born and can walk within 1 hour. After two days, they can keep up with the herd.

The elephant’s temporal lobe (the area of the brain associated with memory) is larger and denser than that of people – hence the saying ‘elephants never forget’. 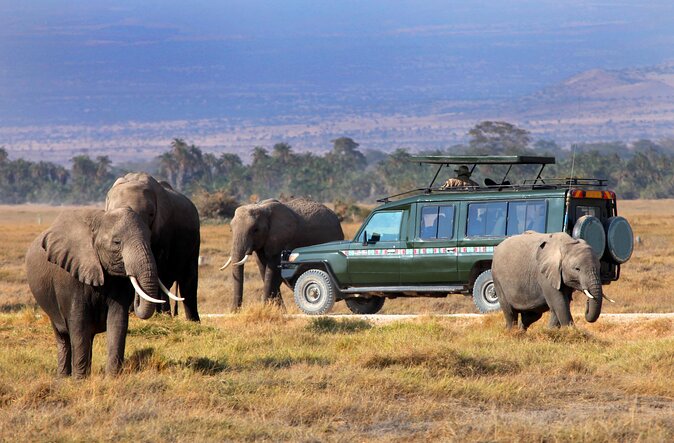 Where to see Elephants in Africa