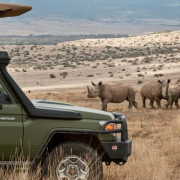 World Rhino Day is marked every year on 22 September to create awareness about the different kinds of Rhinoceros commonly abbreviated as Rhino species as well as the dangers they face. The day also aims to celebrate all five species of Rhino 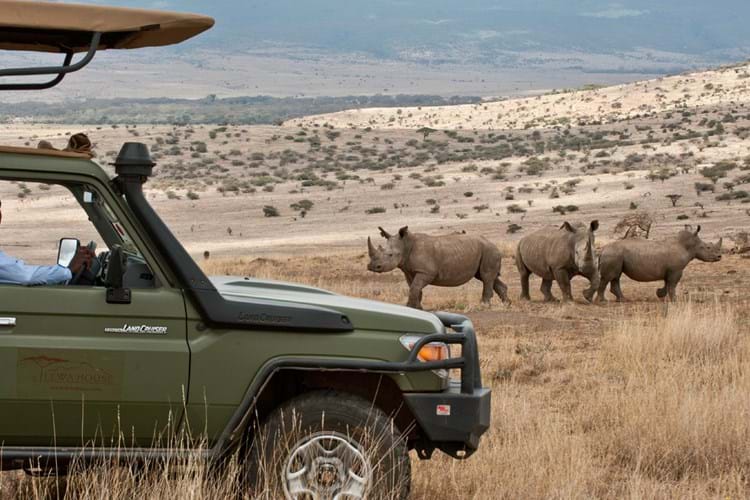 Below are some of the interesting Facts about Rhinos

1.There are five species of rhino that can still be found in the wild below is the names, numbers and where they are found.

Sumatran rhinos are the smallest, but they can still weigh 600kg (that’s almost 95 stone). And white rhinos are the largest, weighing up to 3,500kg (over 550 stone, or well over 3 tonnes!). And  they mainly eat grass and leaves

The names of black and white rhinos are misleading – as both are actually grey. The white rhino is said to have gotten its name from the Afrikaans word for wide (‘wyd’), referring to its wide, square lip (in contrast, black rhinos have a pointy upper lip). Early English explorers mistook this word for ‘white’ and consequently named this species ‘white’ rhino, and the other ‘black’ rhino to differentiate.

Male rhinos are called ‘bulls’ and females are called ‘cows’. Their young are ‘calves’.Females tend to be more sociable than the more solitary, territorial males. Together, a group of rhinos is called a ‘crash’.

Rhino horn is made up of keratin – the same protein which forms the basis of our hair and nails.  Javan and greater one-horned rhinos only have one horn, whereas all the other rhino species have two horns. Their horns grow continuously during their lifetime – the white rhino’s horn can grow 7cm every year – and the record length is 150cm long!

Rhinos’ eyesight isn’t great – they’re unable to see a motionless person at a distance of 30m – they mainly rely on their strong sense of smell. 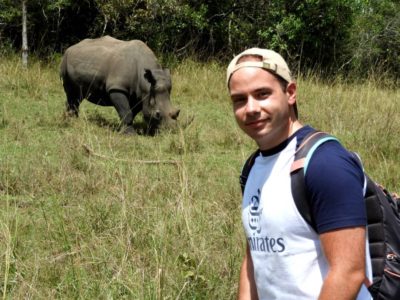 Rhinos also communicate through their poo and urine. When rhino poo in the same place as other rhinos – an area known as a latrine – they can smell the poo and urine of other individuals, and know who’s in the area.

Rhinos can often be seen rolling around in mud, giving themselves a protective ‘mud coat’ to keep them cool, stop insects biting and get rid of any parasites. Asian rhinos are also excellent swimmers, crossing rivers with ease. But their African relatives are very poor swimmers and can drown in deep water – so they stick to wallowing in mud for a cool-down. 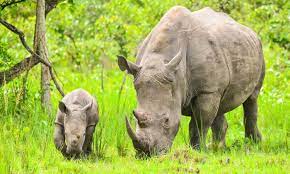 It is estimated that over 7,100 African rhinos have been killed by poaching in the last 10 years – that’s around 2 every day rhinos are killed when removing their horns and may bleed to death after the horn has been removed

Ground rhino horn is used in traditional Asian medicine to ‘cure’ a range of ailments, from cancer to hangovers. And the horn is seen as a status symbol, particularly in Vietnam.

Habitat loss and fragmentation are an increasing threat to rhinos too, as human populations and infrastructure grow, encroaching on rhino habitat. 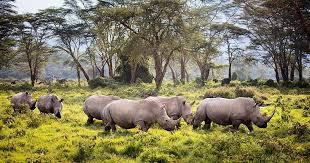 How to see African Rhino in the wild

If you would like to see the two African rhino species in the wild, then look no further than Engagi safaris will make you a tailor-made travel plan for you.