Gorilla Trekking in Africa is the most magical wild life encounter according to the people that have seen gorillas. You can reward yourself or your loved one with this experience. Penetrating into Africa’s tropical forests to meet the largest living primates in their natural habitat is the most extraordinary breathtaking experience that you don’t have to miss in a life time. We make planning of Africa Gorilla safari easy, Gorilla trekking is our best animal encounter and it is our passions helping other people meet these giant great apes. We organize the most wholesome and rewarding Gorilla trekking safaris in Africa we cater / advise on all that you can think of when planning a gorilla trekking safari like gorilla trekking permit, accommodation, transportation, safety, Visa and other travel expenses. 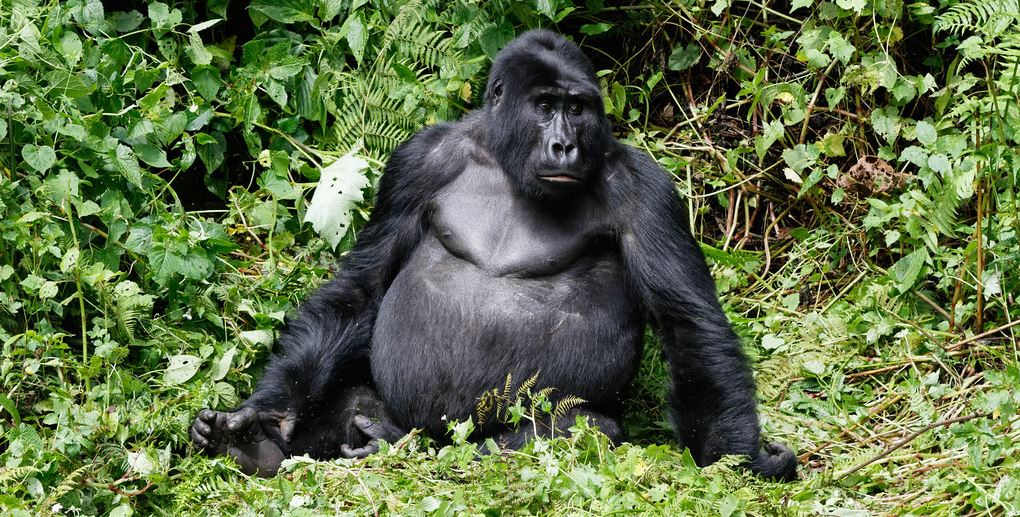 The first documented research about Gorillas was done in 1959 by George Schaller,and he wrote a book called THE YEAR OF THE GORILLA. Describing them as gentle creatures This book dispelled many myths that were attached to Gorillas such as bloody thirsty forest monsters by DU Chaillu in 1860s, Pygmy tribesmen by scientific literature during 1600sand many other ancient explorers and African Tribes that described gorillas as primitive hairy people, Human –like apes and many movies that had described gorillas as un tamed animals

This was followed by Dian Fossey who started   her study and research about Gorillas and conserving them in 1963.In 1983 she published a book (Gorillas in the mist) and in 1986 a movie was played based on her book which brought gorilla conservation as world concern.

Gorillas’ classification is mainly based on the region they occupy

Gorillas are classified   into 2 species

Mountain gorillas (Gorilla Beringei Beringei) Mountain Gorillas  inhabit the high altitude tropical forests of, Rwanda, and Uganda and Democratic Republic of Congo (around the Virunga volcanoes) they are the rarest gorilla specie and they can only be found in these 3 countries in the whole world not even in the zoo. Mountain Gorillas are the most endangered Gorilla species.

Eastern low land gorillas inhibit the tropical forests of Eastern Democratic Republic of Congo, Their number is estimated to be 5000 individuals. Eastern Low land Gorillas are under threat of becoming extinct with their main threat being loss of habitat due to deforestation and being hunted by humans, part of the Eastern Low land Gorillas’ territory has been taken over due to civil unrest in the Democratic Republic of Congo in the recent years however this part is now safe

Western Gorillas inhibit the tropical jungles and forests as well as the low land swamps of the western and central Africa. Western Gorillas are the most common and big in number however they are considered to be critically endangered due to less effort in conserving them and much of their habitat has been deforested and taken over by humans.

The two species of the western gorilla are differentiated by their skull and tooth sizes and these include Western low land Gorilla   and Cross River Gorilla.

Western Low land gorillas inhabit the tropical forests of Cameroon, Central African Republic, Gabon, Congo, and Equatorial Guinea and western low land gorilla is the most common species that is found in the zoo and their wild number is estimated to be 100,000 individuals.

Cross River Gorillas inhabit a small area between Nigeria and Cameroon across the lowland montanne and rain forests. Cross River Gorillas are critically endangered gorilla specie due to loss of habitat and human hunting with about 280 individuals living in the wild.

There are no Gorillas in most known African Safari Destinations like South Africa, Namibia, Botswana, Tanzania, Kenya Zambia and Zimbabwe.

Rwanda and Uganda are the best destinations to see the Gorillas specifically Mountain Gorillas, Rwanda is considered to be the luxury Gorilla safari destination due to good roads, high Gorilla permit fees ($1500) and short distance from Kigali International airport to Volcanoes National park.

Uganda is known to be all inclusive Gorilla safari destination, safe and cost effective due to the hospitable people, stable state politically, fair permit fees ($700 from July 2020 form current price of $600), and other Uganda famous national parks like Murchison falls National park, Kibale National park also known as a primate capital forest,Queen Elizabeth National park and the source of the Nile River Uganda also has more than have number of mountain Gorillas living the whole world

Democratic republic of Congo is good destination because it has two Gorilla types Mountain Gorilla and eastern lowland Gorilla however due to civil unrest and Ebola outbreak in recent years a few people have visited Congo but currently it is safe to see Gorillas in Congo.

How much does  a gorilla trekking permit cost.

A Gorilla trekking permit in Uganda for both parks of Bwindi Impenetrable forest and Mgahinga National park in the great Virunga Volcanoes is $600 however the price has been increased to $700 staring 1st July 2020 this price is for foreign Nonresidents.

A Gorilla permit in Democratic of Congo costs $400 for one hour of Gorilla viewing both in Virunga National park and eastern low land Gorillas in Kahuzi Biega National park.it is the cheapest Gorilla destination.

What is included in the Gorilla Trekking Permit?

How long do I have to book Gorillas trekking Safari

The number of people allowed to visit each gorilla family is limited to a maximum of 8 people per day this is to limit the behavior disturbance of the gorillas and prevention of disease translation .Therefore the permits are limited and competitive

It is recommended that you book a gorilla trekking safari at least from  2years in  advance especially for  big groups and for high season moths of June, July, august, September sometimes October and then December and January to avoid any inconvenience and missing of the gorilla permit

And at most 3 or 2 months in low season months and for small group of people, however depending on the luck of the day you can send us gorilla permit availability check inquiry any time you feel like meeting these giant apes

One should be above 15 years of age

Confirmed date of Gorilla trekking .the permit has to be purchased for specific date

Visa of the country that you want to track gorillas from

What should I pack when going for Gorilla trekking safari?

How does a day of Gorilla trekking look like

Finally the gorilla trekking day has come! a bland new  day, a day  to remember for the life time

You will have early breakfast at around 6:00am it can be earlier or later depending on where you spent your overnight.

Have your packed lunch, passport, camera ready ,possibly is a small back park and have your nature branding clothes on our guide will drive you the park head quarter to be there by 8:00am

Visitors meet at the park headquarter at 8:00am

Guests are then briefed about dos and don’ts of Gorillas trekking, formation about conservation history, eco/sustainable tourism and Forest biodiversity. Briefing and Gorilla family allocation takes about 30 minutes.

At this point you may hire a porter and a walking stick for about $20 no set price .the porter will help you curry your back pack, provide guidance and support during the trek.

You will then be led by the park guide into the forest in search of Gorillas. The search usually takes 30minutes to 4 hours depending on the movements of gorillas however no matter how long the trek takes the end is result is amazing

At this moment you will be required to be patient as you feel the cool breathe from  the jungle, listen to bird songs, view natural trees herbs and plants as you leave your foot prints too.

Guides will lead you while in contact with trackers that went into the forest earlier to help trace the way that Gorillas followed that day, they will follow finger and foot prints of Gorillas, bent scrubs, and remains of plants eaten by Gorillas and soon or later you will meet gorillas. Your guide will hear your guide say ‘they are right here!”

There after the park guides will lead you back to the starting point where you will be rewarded with certificate to certify that you have trekked Gorillas.

Depending on how long you took to find gorillas you will have a rest and take your packed lunch in the forest.

Rwanda the “land of hills” is one of the smallest country in Africa, bordered by Uganda,  Tanzania, Burundi, and Congo. It lies in the African…

Gorilla Trekking is one of the activities done in tourism sector in Democratic Republic of Congo. DRC is located in the Central part of Africa the largest…