Lake Manyara National Park is a protected area in Tanzania‘s Arusha and Manyara Regions, situated between Lake Manyara and the Great Rift Valley. It is administered by the Tanzania National Parks Authority and covers an area of 325 km2 (125 sq mi) including about 230 km2 (89 sq mi) lake surface. More than 350 bird species have been observed on the lake.

Lake Manyara National Park has located 126 km (78 mi) southwest of Arusha and can be reached by car in an hour and a half. The park can also be reached from Babati the capital of the Manyara Region. Lake Manyara Airport is nearby. To the south, situated on the escarpment above the park, is the 35,399 ha Marang Forest Reserve. And to the east is Kwa Kuchinja Wildlife Migration corridor, which allows wildlife to migrate between the near-by Tarangire National Park to the southeast, Lake Manyara to the west, and the Engaruka Basin to the north. Within the Kwa-Kuchinja corridor are several villages. Further from the lake and outside of village land is the 45,000-acre Manyara Ranch, a former livestock ranch, managed by the Tanzania Land Conservation Trust since 2001 and an important part of the corridor allowing wildlife movement between Tarangire and Lake Manyara national parks.

Since the 1920s, the Lake Manyara area was used for sports hunting. In 1957, a game reserve was established. In 1960, it was given National Park status and in 1974 about 550 ha (1,400 acres) were added to the southern end. The majority of the land area of the park is a narrow strip running between the Gregory Rift wall to the west and Lake Manyara, an alkaline lake, to the east. The national park only includes the northwest quadrant of the lake, about 200 km2 (77 sq mi). It is part of the much larger Lake Manyara Biosphere Reserve, established in 1981 by UNESCO as part of its Man and the Biosphere Programme.

Lake Manyara National Park is known for flocks of thousands of flamingos that feed along the edge of the lake in the wet season. In 1991 there were an estimated 1,900,000 non-breeding Lesser Flamingo individuals and 40,000 Greater Flamingo. Great white pelican can also be present in large numbers (an estimated 200,000 individuals in 1991) and in all, there have been an estimated 1,000,000-2,499,999 individual water birds, however, only 78,320 birds were counted in 1994. The groundwater forest to the north of the lake, and largely within the National Park, is a well-known breeding site for thousands of Pink-backed pelican and yellow-billed stork along with smaller numbers of Marabou stork and grey heron. Over 40 species of birds of prey are documented, including Palm-nut vulture and Ayre’s hawk-eagle. In all, more than 390 species of birds have been documented in the national park, although in the dry season, flamingos and other water birds are usually found only in small numbers.

Studies in the 1980s found this to be one of the areas with the highest wildlife biomass in Africa, but elephant numbers had fallen by 75% between 1985 and 1991 as a result of illegal hunting, with numbers rebounding to around 200 in 1996. Lake Manyara was also once known for its high population of black rhinoceros, but none were present by 1996. Similarly, reedbuck were present in 1984, but no individuals were found in a 1996 census. Predators of Lake Manyara National Park include lion, leopard, African wild cat, spotted hyena, black-backed jackal, bat-eared fox, serval, honey badger, African civet, genet (Genetta) species and several mongoose species. Cheetah and African golden cat are sighted occasionally.

Lake Manyara is the type locality for the endangered fish Oreochromis amphimelas, a species of in the cichlid family. It is endemic to Tanzania, and also lives in a few more saline lakes with closed basins. Exploitation is prohibited in the parts of Lake Manyara within the National Park and the protected park areas provide important seed stock for the replenishment of fished populations.

Over 180 species of butterflies have been documented in the park.

In only 1 hour and 30 minutes, you are able to reach Lake Manyara National Park by road from Arusha and in less than an hour still, if you are coming from the Ngorongoro crater. Bits of the northern part of the park gets very busy more so in the afternoon 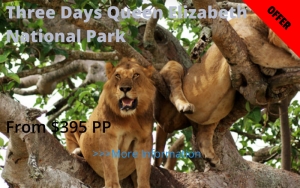 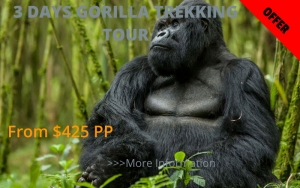