Lake Mburo is located in western Uganda in Lyantonde district 3 hours’ drive from Kampala the capital city of Uganda, approximately 3 hours from the Equator stopover at Kayabwe. Lake Mburo National park was a hunting and grazing area for the Banyankole and Bahima who lived near the park in 1933, in 1963 it was made a game reserve and officially a national park in 1983 under the management of Uganda Wildlife Authority.  The park derives its name from Lake Mburo which is found within the national park. It is famous for the enormous antelopes particularly the unique elands which can only be found in this park. It covers an area of 370 square kilometers, and 1220m -1828m above sea level. The tropical climate is experienced in Lake Mburo National Park there are two seasons’ rain and dry seasons receives rains ranging from 500mm and 1000mm. The grassy escarpments, that comprises of acacias (acacia cebilian, acacia Gerard with a thick at Rubanga forest 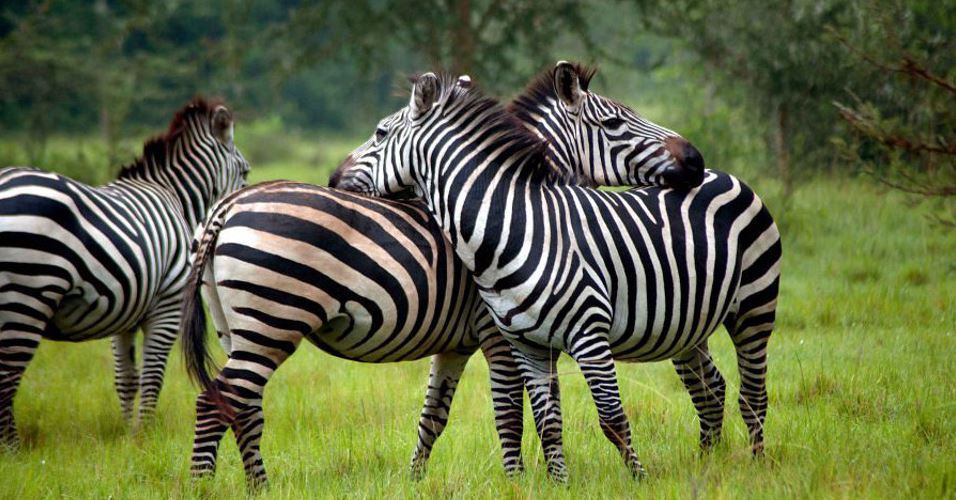 The best times to have game drives are early morning hours because it’s the best time when all the mammals are setting off to go for feeding and evening hours also best for game drives because most animals feed in evening hours. On the way, you will see large herds of buffalos, Zebras, Giraffes, Impalas, Elands, warthog, Oribi, hippos, vervet monkeys, waterbucks, Bushbuck, leopard, hyenas to mention but a few. Birds, like the Red-faced Barbet, the endemic African finfoot and the rare shoebill. Trees, like the acacias, Euphorbia trees, and the tall grass savannah.

This activity takes place in the morning to catch up with the sunrise on the water and evening as the sun sets giving a spectacular mesmerizing view as the sun touches the waters creating sun rays. The cruise also rewards you with a variety of animals like the hippos, antelopes as they drink water from the lake and grazing around, crocodiles and hippos, sun busking, bird species like the rare shoebill stork, kingfisher to mention but a few, lake has 350 bird species not forgetting the flora around the Lake.

Tourists and researchers who are looking for the right place for birding, Lake Mburo is the best destination, you can find birds ranging from, rare shoebill stork, common bulbul, Abyssinian ground hornbill, kingfishers, African fish eagle to mention but a few. The best time to spot these birds is during the early morning hours as the birds leave their nests to look for food and in the evening on a game drive as the birds, the birds return to their nests to rest. You can do birding during the boat cruise, game and forest walk in Rubanga forest.

Mazinga is the best spot for fishing on Lake Mburo, tilapia being the most common type though 5 fish types are available in the Lake. You will be accompanied by a professional skipper who will take you through this fun activity.

This nature walk is an amazing activity, it takes approximately 1-3 hours, tourists are accompanied by the ranger in the park because it’s an open savannah type and it’s easy to get into animals anytime (safety). During the nature walk activity, you will encounter a variety of wildlife species like hyenas, zebras, buffalos to mention a few. You will also get a chance to see, some of the nearby communities especially the Bahima and Banyankole tribes, plantations (banana), Ankole cows, the Banyankole and Bahima are pastoralists, they depend on agriculture and farming to earn a living. The walk will also take you to the Rwonyo place where you will find animals licking the salt (salt lick place). There are many chances of seeing a variety of animals during your walk in the park, the salt lick place, tree species like the acacias, Ankole cows grazing in hills of the park, communities around the park.

This activity is an amazing activity because it gives you a close encounter to animals, Lake Mburo national park is the only national park where Horse riding activity is best carried out, the journey will take you to the nearby communities, you will get to see the zebras grazing, buffalos, impalas to mention but a few, it will take you to monkey forest and see some of the bird species.

Lake Mburo National park is very accessible and the nearest park to Kampala, the capital city of Uganda j it is 234 kilometers and 4 hour’s drive from Kampala city using Masaka – Mbarara Highway,45 kilometers from Mbarara town approximately 1-hour drive and 273 km approximately 6 hour’s drive from Kabale for those who are coming from Bwindi Impenetrable Forest National Park for Gorilla Trekking.

Charter flights can be arranged which takes 45 minutes from Entebbe International Airport or Kajjansi Airstrip to Nyakisharara Airstrip.

A visit Lake Mburo national park combined with a gorilla safari to Bwindi Impenetrable Forest National Park as a stopover on your way to the Gorilla’s world.  View a variety of wildlife ranging from birds mammals, different cultures and traditions, a trip to Lake Mburo will be the best experience of a lifetime.