Masai Mara National Reserve is Kenya’s famous and most visited game reserve, covering an area of 1,510 km2 (580 sq mi) with preserved savvanah wilderness in Narok County southwestern Kenya, along the Tanzanian border. It was established as a national reserve in 1974 currently under the management of the not-for-profit Mara Conservancy.

Masai Mara is also locally known as The Mara was named in honor of the Masai people (the ancestral inhabitants of the area) and their description of the area when looked at from afar: “Mara” means “spotted” in the local Masai language of Maa, due to the many trees which dot the landscape. The Masai people make up a community that spans across northern, central and southern Kenya and northern parts of Tanzania. As pastoralists, the community holds the belief that they own all of the cattle in the world. The Masai rely on their lands to sustain their cattle, as well as themselves and their families. Prior to the establishment of the reserve as a protected area for the conservation of wildlife and wilderness, the Masai were forced to move out of their native lands.

Rainfall in the ecosystem increases markedly along a southeast-northwest gradient, varies in space and time, and is markedly bimodal. ); Rainfall: 83 mm (3.3 in)/month; Temperature range: 12–30 °C (54–86 °F)

The Sand, Talek River, and Mara River are the major rivers draining the reserve. Shrubs and trees fringe most drainage lines and cover hill slopes and hilltops.

The terrain of the reserve is primarily open grassland with seasonal river lets. In the south-east region are clumps of the distinctive acacia tree. The park lies on an altitude of 1,500–2,180 m (4,920–7,150 ft.

The outer areas known as the Conservancies are administered by Group Ranch Trusts of the Masai community who also have their own rangers for patrolling the conservation areas. Although there has been a rise in fencing on private land in recent years, the wildlife roam freely across both the Reserve and conservancies which are a continuous wildlife ecosystem

Masai Mara is Kenya pride, it has a number of attractions that pull visitors to this reserve. It is among the leading safari destination in the World. Some of the attractions include:

It is world-renowned for its exceptional populations of leopards, Hyenas, Zebras, cheetahs, jackals, and cheetahs. The plains are also home to the distinctive Masai giraffe.  The nocturnal bat-eared fox, rarely present elsewhere in Kenya, can be seen within the reserve borders.

Antelopes including Grant’s gazelles, impalas, duikers, and Coke’s hartebeests. The large roan antelope which is rare in Kenya’s national park and East Africa at large can be spotted in Masai Mara.

The famous members of the “Big Five” (lion, leopard, elephant, cape buffalo, and rhinoceros) call the reserve a home. However, the number of black rhinos is lower compared to the rest of the members. This is so because the park was affected by excess poaching in the 1970s. The number has been increasing due to strict laws against poaching. 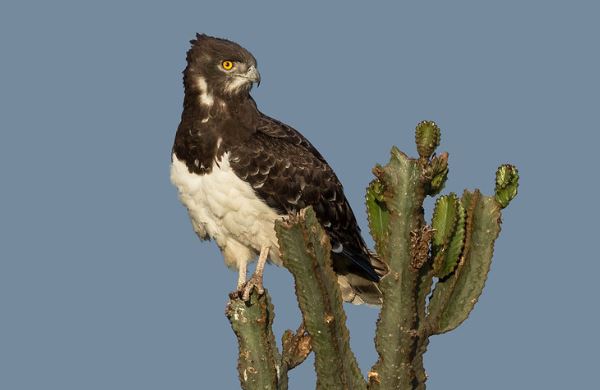 More than 470 species of birds have been identified in the park, many of which are migrants, with almost 60 species being raptors. Birds that call this area home for at least part of the year include: vultures, marabou storks, secretary birds, horn bills, crowned cranes, ostriches, long-crested eagles, African pygmy-falcons and the lilac-breasted roller, which is the national bird of Kenya

This is among the most leading attraction in Masai Mara, the annual migration of wildebeest, zebra, Thomson’s gazelle and other antelope to and from the Serengeti every year known as the Great Migration. Around July of each year, these animals migrate north from the Serengeti plains in search of fresh pasture and return to the south around October. The Great Migration is one of the most impressive natural events worldwide, involving some 1,300,000 wildebeest, 500,000 Thomson’s gazelles, 97,000 Topi, 18,000 elands, and 200,000 zebras.

These rivers are found in the reserve crossing through a landscape of grassy plains and rolling hills. The Mara River originates from the Napuiyapi swamp with the main perennial tributaries being the Amala and the Nyangores, which drain from the western Mau Escarpment. Talek River is one of the seasonal rivers that drain the Great Maasai Mara national reserve and one of the 5 tributaries of Mara river which provide water to the animals, plants in the reserve and people around. Hippopotamus and crocodiles are found in large groups along these rivers and said the best area for game viewing.

This is the most popular activity done in Masai Mara because of the number of animals which can be seen. The plains between the Mara River and the Esoit Siria Escarpment are probably the best area for game viewing, in particular regarding lion and cheetah. Wildlife tends to be most concentrated here, as the swampy ground means that access to water is always good, while tourist disruption is minimal. The game drives are conducted every day and divided into 3 shifts; early in the morning to enable tourists to see the early risers such as lions, leopards, cheetah’s, hyena and some birds not forgetting the morning sunrise in the wilderness. The evening game drive starts at 4 or 5 pm this gives you a chance to see the buffalo, elephants, and antelopes grazing in the savannah plains. Lions, leopards, and cheetahs resting under tree shades and birds as they fly back to their nests. The night game drive rewards you with your favorite nocturnal creatures such as; lions, bat-eared fox, owls.

The area nearby is dotted with villages (enkangs) of Maasai people a visit to these villages to explore their culture is one for the most fascinating activity done by tourists. They have a rich culture and traditions. Their ancient pastoralist culture known for their warriors, who were once expected to kill a lion to prove its strength and manhood. Recognizable for their red robes and beaded jewelry, the Maasai follow their cattle herds, moving their settlements as they search for water sources and new pastureland. 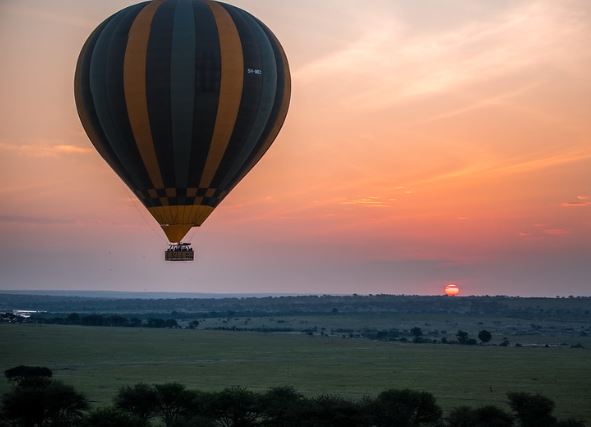 This is the best way to experience the scale and beauty of the Masai Mara. Get a bird’s eye view of the Mara, it is a magical and fun experience you will spend about one hour silently floating over the savannah in a hot air balloon and it will fill you with enough memories to last a lifetime. Rewarding you with good aerial views of the Masai Mara. Mara Balloon safaris- Governor’s camp, Adventures aloft- Fig Tree Camp, Hot Air Balloon- Talek Gate, Trans-world Balloon- Mara Serena/Mara Safari Club, Skyship balloon co.- Near Kichwa Tembo camp, Balloon safaris- Near Tipilikwan.

It is hard, to sum up in words the magic of horse riding safari in the Masai Mara. Enjoy horse ride in the beautiful savannah plains and gallop after the zebra which cut your path. The stables are situated along the border of Olare Motorogi Conservancy and Masai Mara National Reserve. The trained guide leads the tourists in the wilderness to ensure the right routes are used and safety.

The Maasai Mara is a very unique place to go birding. For those that are interested in bird watching this reserve should be on the travel list. There are over 470 bird species; eight kinds of a stork, six types of vultures, three kinds of ibises, over thirty-one kinds of hawks, eagles and harriers and their relatives – the list goes on and on and on. Not to mention the many different kinds of quails, guinea fowl, rails, crakes, cranes, stilts, plovers, lapwings, snipe, sandpipers, terns, pigeons, cuckoos, owls, woodpeckers, sparrows, and swallows. Besides the local birds, the reserve also receives migratory birds annually between October to February, Palearctic migrates such as the swallows, tens, warders. In June to July River Mara swamps is filled with weaver birds and bishops which come to breed in this area

The Maasai Mara is a major research center for the spotted hyena. With two field offices in the Mara, the Michigan State University-based Kay E. Holekamp Lab studies the behavior and physiology of this predator, as well as doing comparison studies between large predators in the Mara Triangle and their counterparts in the eastern part of the MaraSince October 2012, the Mara-Meru Cheetah Project has worked in the Mara monitoring cheetah population, estimating population status and dynamics, and evaluating the predator impact and human activity on cheetah behavior and survival.

There are several airfields which serve the camps and lodges in the Maasai Mara, including Mara Serena Airport, Musiara Airport, and Keekorok, Kichwa Tembo, Ngerende Airport, Ol Kiombo, and Angama Mara Airfield, and several airlines such as SafariLink and AirKenya fly scheduled services from Nairobi and elsewhere multiple times a day. Helicopter flights over the reserve are limited to a minimum height of 1,500 ft.

The Mara has a wide range of accommodation facilities that provide comfortable accommodation, excellent customer care service and delicious meals to the guests. They always ensure the guests get their value for money during their stay at the facilities. These range from Luxury midrange and budget to cater to everyone’s budget. Some of the facilities include:

Masai Mara is visited all year round for excellent wildlife viewing. Booking with us a spectacular safari at the Masai Mara guarantees you the best lifetime safari experience in Kenya and East Africa at large.