It was established in 1966 however it was so much affected by poaching in the early 1980s which led to the loss of wildlife. Meru national park was restored to its glory between 2000 and 2005 by the Kenya Wildlife Service assisted by International Fund for Animal Welfare (IFAW). This was done by putting extra efforts into fighting the poachers through the law enforcement park department.

The conservationists George Adamson and Joy Adamson raised Elsa the Lioness made famous in the best selling book and award-winning movie. Elsa the Lioness is buried in this park and part of Joy’s ashes were scattered on her gravesite. This also helped the park to be renowned and got on track

There are quite a number of attractions in this less explored and unspoilt park which can be seen.

The park has a wide range of wild animals including the African bush elephant,lion,African leopard,cheetah, eastern black rhinoceros, giraffes, southern white rhinoceros, Grévy’s zebra,hippopotamus which roam in this true wilderness.

The falls are found on River Tana which runs through Meru national park, they were named after conservationists George Adamson and Joy Adamson. It is a very beautiful picturesque and eye-catching area which attracts visitors. 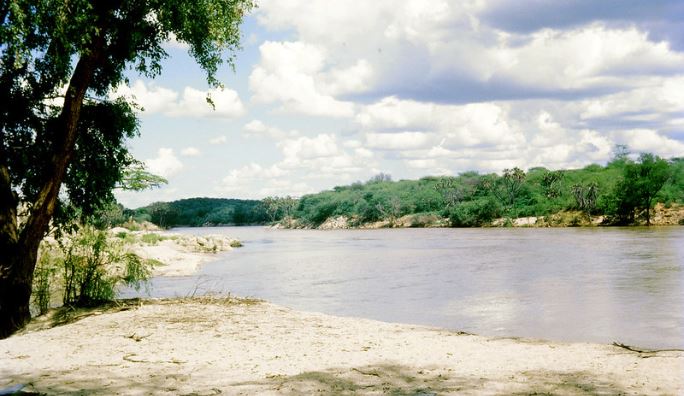 The 1,000 kilometers long Tana River is the longest river in Kenya and gives its name to the Tana River County. Its tributaries include the Thika, as well as several smaller rivers that flow only during the rainy season. Kenya boasts of this river since it provides Hydro-Electric Power and a water source to the country’s population.

As well as morning and evening game drives, if you’re in Meru National Park for several days, you might want to include a full-day drive down to the south of the park. Driving around Meru National Park through the thick bush, you’re also likely to have close encounters with some of the park’s huge herds of buffalo – the key prey for Meru’s lion prides.

Game to view includes lion, elephant, cheetah, leopard black rhino, zebra, gazelle, oryx and some of the rarer antelope, Lesser Kudu and duiker, also the more common Dik Dik, one of Africa’s smallest antelope. Large prides of lion can be seen and some of Kenya’s largest herds of buffalo. The rivers abound with hippo and crocodile, fishing for Barbus and catfish is permitted at campsites and along the Tana River.

This community visit is a fascinating encounter with these local inhabitants to learn about their way of life and explore their rich and ancient cultural traditions. The Ameru people, who inhabit the Meru region, are traditionally farmers and agriculturalists, who depend mainly on the subsistence farming of crops such as maize, beans, sorghum, millet, cabbage, and fruits. Visit the Tharaka tribe, one of the Ameru clans living close to Meru National Park, for a glimpse into this way of life. You will be invited into their distinctive roundhouses, with their conical thatched roofs, where you will meet women dressed in distinctive leather skirts and long aprons decorated with cowrie shells and men clothed in animal skin cloaks and feathered headdresses.

One of Meru’s biggest achievements is its successful rhino sanctuary. This secure area within the park, beside the western boundary near the main gate, now covers a substantial 80km². Protected by fencing that allows free movement to smaller animals, and by numerous rangers, the 40-odd white rhinos are doing. All of them are monitored around the clock and are well habituated to visitors. A visit to the sanctuary is worthy and you will be rewarded pictures at close range. 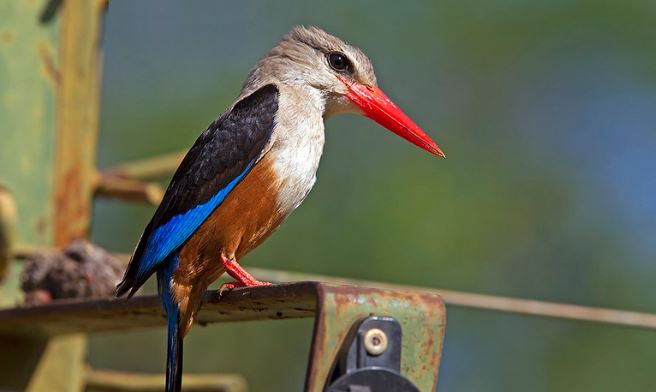 With over 300 bird species, Meru National Park is a birding spot, birders have a chance to see a variety of birds. The forested areas along the watercourses are good for specialist flower-feeding sunbirds, including the smaller black-bellied, Red-necked falcon, Heuglins courser, brown-backed woodpecker gloriously colored golden-breasted starlings, for which Meru National Park is a stronghold.

VISIT TO JOY ADAMS AND ELSA THE LIONESS’S GRAVES

The famous conservationists Joy Adams and the Husband Gorge Adams contributed so much in restoring Meru National park. They were the first explores to visit and settle in this park, Joy Adams raised Elsa the Lioness which died in 1961. Sadly, Joy Adams was also murdered in 1980, the husband buried her near Elsa the Lioness’s Grave. The graves are out in this remote area on the north bank of the Ura River at the southwest park boundary. Their home and burial site are a great attraction with a rich history.

By road: There are two routes to Meru national park from Nairobi. The first is the main road via Nyeri, Nanyuki, and Meru, the second is via Embu-Meru road. It offers the best approach via the Ura gate. Dry weather route from Meru is through Mathara and Kangeta towards Maua turning left on the Kinna road leading to the National park gate.