Mountain Elgon National Park is situated in Eastern Uganda nearest town is Mbale. Gazetted as a national park in 1992, covering an area of 1121km2. The park is named after Mountain Elgon which lies on the Uganda-Kenya border. It is the oldest and largest odd, volcanic mountain in East Africa. Once the highest mountain in Africa far exceeding Kilimanjaro’s current 5,895m due to thousand years of continuous soil erosion it reduced its height to 4,321m. However, it is still known for the largest volcanic base in the world, 80km in diameter and second highest peak (wagagai peak) in Uganda after Mt Ruwenzori’s Margherita peak. The mountain is locally known as Mt. Masaba which was derived from the founding father of the Gishu tribe called Masaba. Besides the Gishu, the mountain is also home to the Sebei tribe.

The park is under the management of Uganda Wildlife Authority on the side of Uganda and Kenya Wildlife Service in Kenya. This has helped to create a wide trans-boundary conservation area that has been declared a UNESCO Man & Biosphere Reserve.

This mountain has quite many rivers like River Sipi which forms the popular splendid Sipi falls. Agriculture is the most economic activity that takes place on the slopes of Mountain Elgon because of the fertile volcanic soils. Arabica coffee is the commonly grown cash crops which supports a lot of families financially and plantain gardens which provide food to the people. 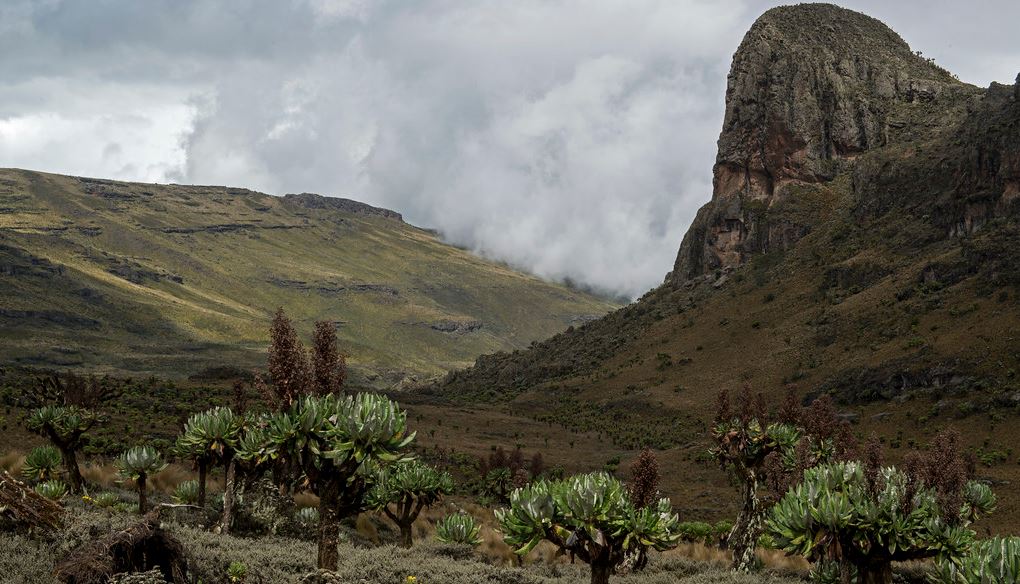 The mountain vegetation varies in altitude, ranging from the montane forest to the towering open moorland scattered with the huge groundsel plus lobelia.

The best time for mountain climbers to visit the park is during the dry season because the rocks are dry which makes climbing easy. Birders can visit during the dry and wet season, however, most birding spots have more birds during the west season. The Sipi falls water level increases which attract the birds.

Besides the mountain as the major attraction of the park, it is also gifted with vast flora and fauna within its boundaries, some of the wildlife in Mountain Elgon National include elephants, buffaloes, Oribi, Defassa’s waterbuck, duiker, squirrels, spotted hyenas, and a few primates such as the white colobus monkey and the blue monkey. About 300 species of birds including the endangered Lammergeyer, 40 of which are restricted-range species; the Jackson francolin, black collared Apalis, the mustached green tinker bird. Those that are endemic to Uganda highlands: The Hartlaub’s turaco, the bronze-naped pigeon, and Tucazze sunbird. Other birds include; Blackcap, Common WhitethroatCape Robin-Chat, Blue-shouldered Robin-Chat, Little Rock-Thrush, Northern Anteater Chat, Mountain Yellow Warbler, Nightingale, Spotted Morning-Thrush, African Reed Warbler, Little Rush Warbler, Upcher’s Warbler, Common Chiffchaff, the Uganda and Brown Woodland Warblers, Green Hylia, White-browed Crombec, Yellow-bellied Hyliota, the Stout, Thrilling, and Rattling Cisticolas.

For those looking out for an adventurous activity while in Uganda, climb on Mt. Elgon’s deserted moorlands reveals a great and tidy wilderness without the summit-oriented approach which most climbers are used to. The main objective is to ascend to the highest peak (4321m) Wagagai, then descent into the vast 80km² caldera. However, there are three other outstanding peaks: Jackson’s summit at 4165 meters, Kikongo at 4303 meters and Mubiyi at 4210 meters

Mountain climbing on Mt. Elgon is not only enjoyed by senior experienced climbers but also by the learners because of the favorable climate and doesn’t require any special types of equipment compared to Ruwenzori Mountain.

There are 3 trails used when hiking/climbing to Mt. Elgon namely:

The trail starts at 2050m at the Kapkwai Forest Exploration Centre. Covering 56kms to and from passing through the northwestern mountainside through Tutum Cave to enter the caldera and finally reach Wagagai Peak is gentle but longest taking you four to six days. However, the trail becomes tougher on the third day from Kajeri Camp.

Starting at the village of Kapkwata on the north side of the mountain, it traverses the softwood plantation to the Podocarpus forest. This is a 7-day journey covering 49km to and from, it is a long and gentle trail as you pass through the hot springs. As well as rewarding you with wildlife and Karamoja plains views in Uganda and the Nandi and Kapeguria hills in Kenya.

The round trip takes four days and starts at Budadiri town at an elevation of 1,250m. It is the shortest but toughest route to the peaks, the notable toughest climb of over 1,600m is completed on the first day, before crossing the park’s largest area of bamboo forest and passing Jackson’s Pool on the way to Wagagai Peak. You also have a chance to pass through the community land as you explore the BaMasaba Coffee and banana Plantation as well as their culture.

This can be combined with a mountain climbing adventure tour as you descend on the slopes of the mountain. There are quite a number of communities situated on the slopes, you can choose to visit one of the communities and participate in their cultural ceremonies such as Imbalu dances, learn more about their ways of life, visit the vas coffee plantation and enjoy the historical story tales. 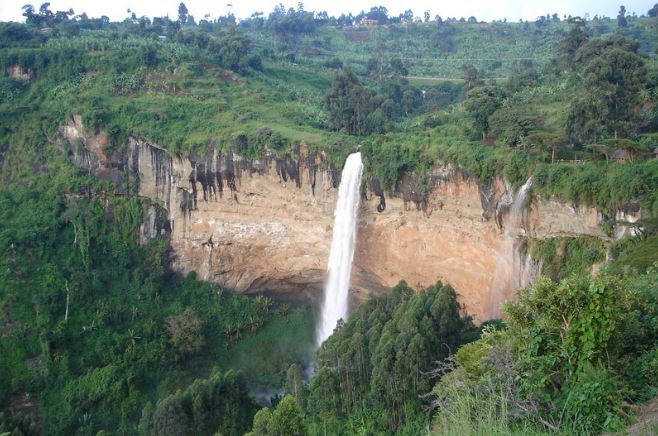 Sipi falls are formed by River Sipi which flows from Mountain Elgon, the falls have breathtaking views surrounded by beautiful scenery. Hike through the hills the communities of the Sabiny people as you head to the falls. The Sipi falls is made up of 3 falls which attract a number of tourists and they participate in different activities around. Like: rock abseiling. Most mountain climbing tours are combined with a visit to the Sipi falls

The park is home to 300 bird species, the three trails; Sipi, Sasa and Piswa trails are all excellent for bird watching tour in the park. Here you are likely to see the White-chinned Prinia, Lueders and Doherty’s Bush-shrikes, Chubb’s Cisticola, African Goshawk, African Blue Flycatcher and Baglafetcht weaver just to mention but a few.

Other activities include: Mountain biking and nature walks.

Although most tourists who visit Uganda are mostly interested in Gorilla Safaris Tours for gorilla trekking/ habituation, they just head to the western Uganda Bwindi Impenetrable Forest National Park in particular. Hence they end up missing out on the beautiful scenery of Mountain Elgon and the adventurous mountain climbing and the magnificent roar of Sipi falls.

It takes 4-5 hours driving 229 km distance on a tarmac road from Kampala the Capital City of Uganda through Jinja to Mbale. From Mbale to Kapchorwa you will follow a Murram road to the Park Headquarters

For those who wish to travel by air, book a chartered flight from Entebbe international airport to Soroti airfield near Mount Elgon. It will take you 0ne hour by road to Mbale town or Kapchorwa from the airfield.

Mountain Elgon National Park has quite a number of structured accommodation facilities inside and outside the park which provide affordable excellent customer care services. They also have professional staff and prepare delicious local and international dishes. Some of the facilities are listed below in their specific categories;

Book with us an unforgettable mountain climbing experience to Mountain Elgon National park for the best adventure tour in Uganda.