Samburu National Reserve is one of Kenya’s smallest park located in Samburu County. It is set alongside the Ewaso Nyiro River (meaning “brown water” and pronounced U-aa-so-Nyee-ro), Kenya’s biggest northern river. The reserve is 165 km² in size and is situated 350 kilometers from Nairobi. It also one of the less-visited regions in Kenya, however, it promises an authentic wilderness experience

The Samburu was one of the two areas in which conservationists George and Joy Adamson raised Elsa the Lioness, made famous in the best-selling book and award-winning movie Born Free. The Elephant Watch Camp, of which Saba Douglas-Hamilton is director, lies within the park.

Its altitude ranges from 800 to 1230m above sea level consisting of palm groves and riverine forests. The nights are cool and the days are hot and dry. It has arid and semi-arid ecosystems which creates the magnificent landscape of the park.  This vast expanse of remote pristine wilderness is inhabited by iconic wildlife and a tranquil ambiance blankets this wildlife haven.

The river is located in the middle of the parking flowing through the palm groves and thick riverine forests. The River Ewaso Ng’iro contains large numbers of Nile crocodile basks. It plays a big role in the provision of water to the animals and birds which inhabit the park.

Samburu is rich in wildlife; it home to elephant, olive baboon, Cape buffalo warthogs, Grant’s gazelle, and the larger predators like lion, leopard, and cheetah. Sightings of wild dogs are also fairly common. It is known for having the rare northern species such as Grevy’s zebra, the Somali ostrich, reticulated giraffe, the long-necked gerenuk, Guenther’s dik-dik and the beisa oryx, known as the Samburu Special Six. Samburu is a birding hotspot with an impressive recording of over 450 species. 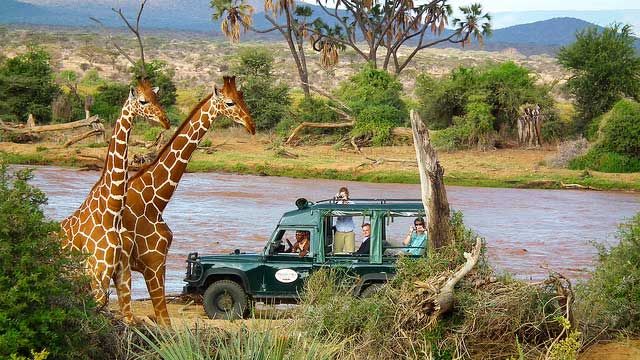 The reserve is gifted with a variety of animals, the game drives are conducted during day and night. Often following the winding, sandy tracks close to the meandering river, where a pride of lions to a herd of elephants or graceful antelopes can be seen at any time.

Tourists who are interested in the above activity, Samburu National Reserve gives you a chance to explore this vast, arid region on foot as well as by mountain bike. You will get a chance to see some wildlife and birds in the savannah plains.

Learn more about the fascinating culture of the Samburu people when you visit a village in this county. Discover their nomadic way of life, and participate in activities around the homestead such as goading cattle into the pen, making traditional ornaments and milking goats.

It is an incredible experience among the no miss activities in Samburu. Ride a camel through the African wilderness. A fun-filled alternative to the traditional game viewing experience, a camelback safari allows guests to get up-close with plains game such as zebra, giraffe, and ostrich. 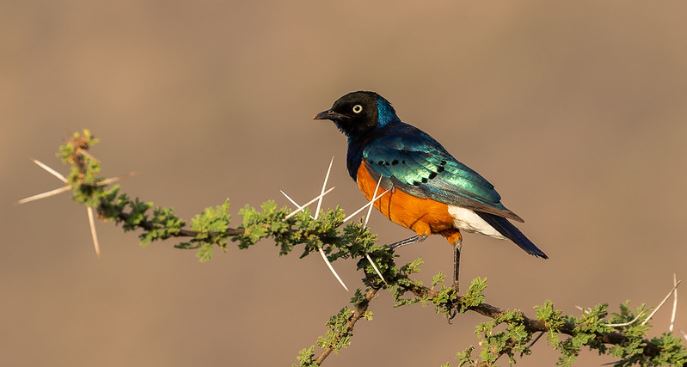 The best seasons for game viewing are from December through to March and from June to October. There are effectively two rainy seasons from late March until May, and again in November.

With a choice of several excellent lodges, from family-friendly lodges to remote honeymoon hideaways. Some also offer unique safari experiences. There are quite luxurious, moderate and budget accommodations in the park which provide comfort, delicious meals with good customer service. Some of them include Joys Camp, Samburu Intrepids, Samburu Intrepids, Sarova Shaba Game Lodge, Saruni Samburu.

By Air: The park is mostly accessed using air transport is a fly-in destination. There are daily scheduled flights from Nairobi to Samburu’s airstrip

By road: It can be entered via the Ngare Mare and Buffalo Springs gates. Once inside thereserve.