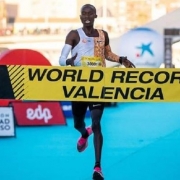 Congulatulations Cheptegei!!!!  We are all so Impressed and proud of you! 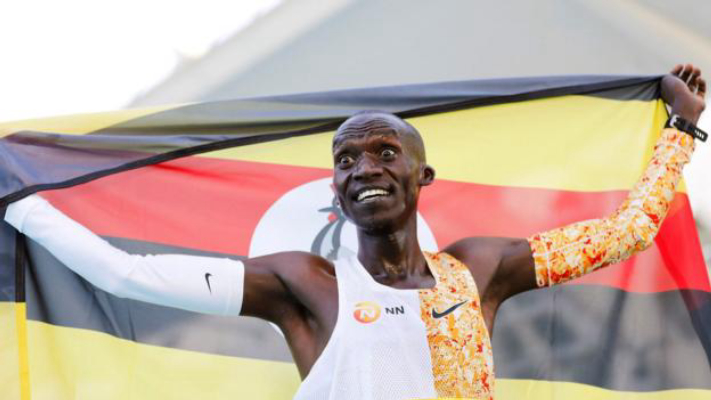 “What a year it has been!, I can’t believe” Said Cheptegei Joshua after breaking 10km  world record in Valencia Marathon 2019 ,setting a new record of 26 minutes and 38 seconds. He broke the previous record by 6 seconds that was set by Kenya’s Leonard Komon in 2010.

Cheptegei is also the current 10,000m world champion; he won the IAAF World Cross Championships earlier this year in Denmark.Cheptegei joins the other Uganda’s sports Champions that include

John Mugabi ,Mugabi  was known at the Beast and still remembered in the boxing world ,he won a silver medal at the 1980 Moscow Olympics and in 1981 he won his first 26bouts by Knockout

Ayub Kalule,the most decorated Ugandan boxer is the only Ugandan to win the world amateur title after winning gold at the 1974 championships win the WBA Light Middleweight Champion in 1981.

Magid Musisi. He was the first Ugandan to live the ultimate dream career in Europe. Before he joined the paid ranks in July 1992, Musisi while with SC Villa, topped the Super League score charts four times, scoring over 100 goals and over 42 for the Uganda Cranes. Musisi played his professional football in both France and Turkey.

Leo Rwabwogo The flyweight boxer won bronze at the 1968 Mexico City games and followed it up with silver at the 1972 Munich Games before he was denied a chance to complete the treble when Uganda boycotted the 1976 Games.He also won silver at the 1970 Commonwealth Games.

Davis Kamoga Kamoga was a shock bronze medalist at the 1996 Atlanta Olympics and to prove it was no fluke, he bettered that feat by bagging silver – behind the great Michael Johnson – at the 1997 World Championships.

Dorcus Inzikuru The greatest achievement by a Ugandan woman in sport is Inzikuru’s 3,000m steeplechase world championship feat in 2005 – and she overcame remarkable odds to reaching the top she first became famous in 1999 when she struck gold in the 5,000m at the world junior championships.

Stephen Kiprotich He became famous because of his unbelievable feat of winning the 2012 Olympic marathon.

Uganda quite number of talented sports men and women that will look at Chempegei and other champions as an inspiration.

Uganda  confirmed to be the pearl of Africa by Winston Churchill in his book he published in1908,When said “For magnificence, of Variety of form and color, for profusion of brilliant life-bird, insect, reptile, beast, for Vast scale –Uganda is truly the pearl of Africa” quoted from his book My African Journey. 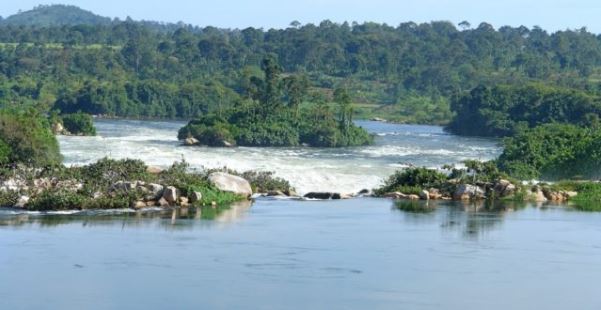